To share your memory on the wall of Joseph Pfeifer, sign in using one of the following options:

It is with much love and deep sadness that the family of Joseph Ralph Pfeifer announces his passing at the age of 98, in his residence at Agecare Walden Heights in Calgary.... Read More
Joseph Ralph Pfeifer
February 4, 1922 to November 2, 2020

It is with much love and deep sadness that the family of Joseph Ralph Pfeifer announces his passing at the age of 98, in his residence at Agecare Walden Heights in Calgary. He will be sorely missed and lovingly remembered by his wife Bertha of 72 years, as well as his children Brian (Wendy), Pamela (Benjamin), and Jeff (Ileane), his grandsons Scott (Chantelle), Jason (Renee) and Mark (Bonnie), and his great-grandkids who entertained him so much: Marlow, Dominic, Keaton, Emery, George and Henry. Joseph is survived by siblings Helen Basarowich (Anoka, Minnesota), Fred (Calgary), Frances Peltz (Winnipeg) and Stanley (Winnipeg), as well as many nieces and nephews.

He was predeceased by his parents John & Leona Pfeifer of Ladywood, Manitoba, and his brother Henry of Winnipeg.

Uncle Joey, as he was known to his extended family of nieces and nephews, was born in and spent his early years in Ladywood, Manitoba, on the farm. He and Bertha met and got married in 1948 and settled in Beausejour, Manitoba, where they raised their family. After retirement, the two of them moved to Vancouver Island for 10 years, before settling in Calgary in 1997.

Over the years, they enjoyed spending time with their family, as well as travels within Canada, and to the US, the Caribbean and Europe. Joe was a skilled carpenter, and for much of his working life, he co-owned a cabinet-making business with his brother Fred. From a young age, he learned to play the accordion and, with his bandmates, entertained at countless weddings and events in south central Manitoba. One of his biggest ever thrills was to share the stage in 2002 with Canada’s Polka King - Walter Ostanek. At the many parties he and Bertha hosted or attended, he could always be counted on to provide music for everyone to dance to.

After retirement, his carpentry and handyman skills continued to be a welcome asset to the family whenever they needed home improvements, and he continued his enthusiasm to help out even as his age reached the 90’s.

Joe was very proud of his family and his faith, and he had been an active member of St. Mary’s Catholic Church as a Eucharistic minister and lector, and with the Knights of Columbus in Beausejour. He was a gentle, caring and fun-loving man, and will be sincerely missed by his family and his many friends. Due to Covid-19 restrictions, a Celebration of Life for Joe will take place at a later date. “As long as we remember a person, they’re not really gone. Their thoughts, their feelings, their memories, they become a part of us.” …Justin Cronin
Read Less

Receive notifications about information and event scheduling for Joseph

We encourage you to share your most beloved memories of Joseph here, so that the family and other loved ones can always see it. You can upload cherished photographs, or share your favorite stories, and can even comment on those shared by others.

Posted Nov 12, 2020 at 10:35pm
To the Pfeifer families: On behalf of the Bodnarchuk family please accept our deepest condolences. Our dad Mike played guitar for many years with Joe and we as kids were privy to many get togethers with the Pfeifer brothers and their families. Joe and Fred also constructed the cabinets and millwork for our house in the 1960’s. Truly a talented and gracious man. May your memories of him be a blessing.

Please accept our deepest condolences on the loss of Uncle Joey. While the Cochrane kids were not blood, we are certainly family when it comes to the Pfeifer family. As kids we loved visiting Beausejour and have fond memories of many Christmas Day drop-ins when Uncle Joey and Aunt Bertha came through Calgary. I also always loved when he pulled out his accordion and made such amazing music with it. Uncle Joe was always kind, gentle and caring towards our family and he was someone that my parents cared for greatly. Know that you are in our thoughts and prayers. 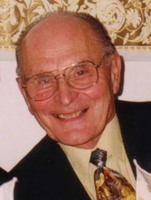