To share your memory on the wall of John McPherson, sign in using one of the following options:

Provide comfort for the family of John McPherson with a meaningful gesture of sympathy.

Don passed away peacefully on Thursday March 19th at home at the age of 83 years with his wife by his side.

Don passed away peacefully on Thursday March 19th at home at the age of 83 years with his wife by his side.

Don is survived by his wife Marion and their 3 children, Steven (Janice), Janice, and Norman (Kelly); grandchildren, Jordan (Teresa), Nicole (Zack), Brianna and Shane and great grandchildren Everley and Delaney. He is predeceased by his parents, John and Charlotte McPherson.

Don was born in Regina SK and later moved to Weyburn Saskatchewan with his parents. At the age of 17 years old in 1953 he joined the Navy making it a 22-year career. This was a part of his life that he always remembered and talk to everyone that would listen about all his experiences. His training started in Cornwallis Nova Scotia then he was posted to Victoria BC serving on many different ships and sailing to many different shores. His last posting was Calgary AB also retiring there. While stationed in Victoria Don was on leave in Weyburn where he met his beautiful bride and they remained married for 61 years. They were married in Victoria where their three children were born. Don's last posting was Calgary where all the family still resides. The talker that he was he moved onto selling cars. A true fit for him as he loved cars and talking! Hence Marion had a new car ever year whether she needed one or not. After that he added 10 years of service with the Bank of Montreal and then officially retired. He and his wife Marion enjoyed many years of cruising (of course) as he loved the water and wintering in Arizona. Don was known to all who met him as a happy funny man that talked to everyone and anyone anywhere. His sense of humor and comedic character as well as his quote “Navy” verbiage made us all laugh. He will be truly remembered and missed by all his family friends and all that knew him, and we all know he is making the heavens smile.

We will miss Don. He was very friendly, kind, and was a great neighbour. Our deepest condolences to Marian and the McPherson Family, may the memories you have of Don remain in your hearts forever and may they bring you joy and peace and help you stay strong . May Don rest in peace. God Bless you all.

Posted Mar 27, 2020 at 09:56pm
We will miss the interactions across our lawn, and snowbanks. He was a colorful character indeed!
Shelly and Denny
Comment Share
Share via:
KK

Posted Mar 27, 2020 at 09:35pm
Uncle Donnie, I’ll always remember you and your stories with a swear word here and there. I know you and Geo are watching over us somewhere out there. RIP. Love Karla (and Brian)
Comment Share
Share via:
AE 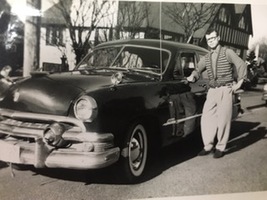 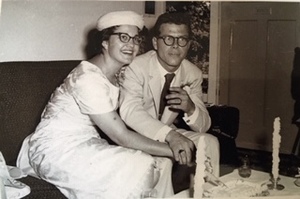 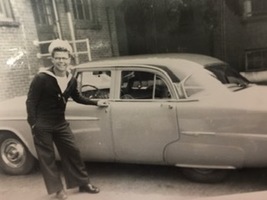