To share your memory on the wall of John Hoefnagels, sign in using one of the following options:

Provide comfort for the family of John Hoefnagels with a meaningful gesture of sympathy.

-Peacefully, but unexpectedly at home-

-Peacefully, but unexpectedly at home-

It is with great sadness that I (Kaitlin) share the passing of my Dad. John was born in Strathroy, Ontario, eldest son of five to Mary and Leo Hoefnagels. Raised in Strathroy, he loved and excelled at hockey, was involved in the church, spent summers at the great lakes camping with his family, and later found a love of vehicles and music.

John is survived by his mother Mary Hoefnagels, siblings Patrick (Rachel), Kathy, Anne, and Leo (Suzanne). He was predeceased by his father Leo Hoefnagels.

John was a father of four, Christopher, Jonathan, Kaitlin, and the youngest Nicholas, who was lost in 2013. He was married to their mom Erica Simpson for twenty four years. John supported and fueled his children’s passions over the years, including horses, dirt bikes, boating and hockey. He always said his family was his greatest accomplishment.

My Dad had a heart of gold, and a contagious smile. His laugh would fill a room. He was generous, and would give the shirt off his back if someone needed it more than he.

A Celebration of Life for John will be held in Cochrane at Weedon Hall (42299 Weedon Trail, Cochrane, AB) on Wednesday, September 4th, 2019 at 2:00 pm. We request finger foods for a potluck lunch. Anyone who would like to speak is welcomed to. His Memorial Service will be held at All Saints Catholic Church in Ontario (124 Front Street East, Strathroy, Ontario) on Monday, August 26th, 2019 at 11:00 am.

Posted Aug 12, 2019 at 10:20am
We are sorry for your loss. Your Dad had a great sense of humor. He would says Dutch verses to me that where old fashion but funny. Hardly did I meet a man that could work and try like your father. He is in heaven with your brother in peace, God bless them. Tim , Margaret, Christine, Matthew and Jonathan Ellenbroek.
Comment Share
Share via:
E

Posted Aug 11, 2019 at 03:24pm
My condolences to you Kait and Johnny and Chris. I am so sorry to hear about your dad. Its never easy to lose some one you love Especially your dad. Your dad was a great man. He always welcomed me with open arms and treated me as one of his own! What a wonderful person. May he rest in paradise. Hes now back with his little boy. Love you guys!!!!
Comment Share
Share via:
S

Losing a father is difficult and so sad. Sincere condolences to you all. Your father was very proud of you all in all your endeavors. We have fond memories of all the spills and thrills from pony club days watch you kids along with your dad.

That's what I said when I saw your picture in the local paper.

I hope you found peace somewhere. I hope you have peace now.

Kaitlyn, when you lost your brother you also lost another beloved person. I especially wish you love and peace.

Posted Aug 09, 2019 at 06:10pm
Aye! John my brother we were on the front line together and you didn't get back. I will remember that last phone call. A good man, deep down compassionate and helpful, with an immense love for his family. I know where you are now. Go rest high on that mountain! You will be remembered by all your friends, including those of us who knew old Bill. 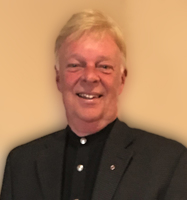