To share your memory on the wall of John Baynton, sign in using one of the following options:

On Friday, March 6, 2020, John Baynton, loving husband and father of eight children, passed away peacefully at age 92 in Calgary, Alberta.

On Friday, March 6, 2020, John Baynton, loving husband and father of eight children, passed away peacefully at age 92 in Calgary, Alberta.

John was born on October 1, 1927 in Duck Lake, Sask. to John and Celina (Robin) Baynton. He went to school at Carlton Siding & Stobart High. After graduation John worked in Winnipeg at Eatons and Winnipeg Fuel/ Supply. In 1950, John attended a local dance in Fort Rouge, and met the love of his life, Edith Lillian Eggleton. On April 25, 1951, they were married and together they raised four daughters and four sons. He took over the family farm and followed in his fathers and grandfathers footsteps, becoming Postmaster of Carlton in 1964. After 49 years of service, John retired in 2013 and the Post office was permanently closed. Having had a Pilot’s license, you would see him looking out the window as the planes would fly by. He would smile and say, “I used to fly planes.”

John had a passion for sports and the outdoors. He loved golfing, playing baseball, hockey, and badminton as well as watching his children, grandchildren, and great grandchildren play. During the winters he was an avid curler, entering and winning in bonspiels all over Saskatchewan. Every year he would bring his family together at the yearly Post Office Bonspiel in Saskatoon or Regina. He was so proud to introduce his family and any new additions at this event. It was like having a reunion each year as the families were spread out across Western Canada. In the summer you would find him packing up food, the tent and trailer and organizing the children for the road trip to the lake to camp, swim, fish and golf. John would meet up with family and friends at various lakes in Saskatchewan and travelling as far as Killarney, Manitoba.

John was a firearm safety instructor, a member of Saskatchewan Wildlife Association, a member of Lions International, a member of Ducks Unlimited, and an honorary member of the Royal Canadian Legion. John also enjoyed dancing at social events, bonspiels, weddings and anniversaries. The ladies would line up for their turn to dance with John. When John and Edith would get on the dance floor, dancing the waltz, polka, or square dance, they captured the attention and admiration of all. He also taught his children to dance. He was known for his quick wit, his infectious smile, and his kind and compassionate spirit.

Though he’s gone from our sight, John will always be in our hearts. He is survived by seven of his children, Valerie, Faye, Marcel (Karen), Robert (Carla), Denyse (Michael), Phyllis (Stan), and Bruce (Annette); numerous Grand, Great Grand, and Great Great Grandchildren; his sister Marie (Ignit); and numerous cousins, nieces, and nephews. John was predeceased by his father John, his mother Celina, his wife Edith, his son David, and three of his sisters, Eleanor (Philip), Denyse (Frank), and Irene (Herb).

A Celebration of Life will be postponed until further notice.

In lieu of flowers, please send donations to the Cancer Research Society or the Alzheimer Society of Canada.

Posted Mar 14, 2020 at 01:01pm
I have many memories of Uncle John, all the way back to the old days when we had family gatherings with the Spriggs, Baynton and Lefevre families. I always remember Uncle John and never knew a moment he was not smiling and enjoying life. He was also proud of his service as a postmaster following in the footsteps of his family. He will be missed and I want to offer condolences to all his family.
Comment Share
Share via:
BS

Posted Mar 14, 2020 at 12:56pm
You have to love Uncle Johnnies fun spirit, a visit to our family home just enjoying life. So sorry for you loss Bayton family
Comment Share
Share via: 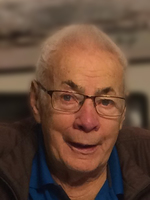 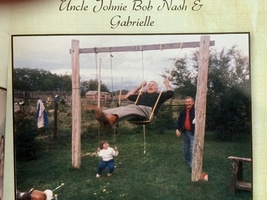