To share your memory on the wall of Joan Hollohan, sign in using one of the following options:

Joan Hollohan was born and raised in New Waterford, Nova Scotia. Joan was the youngest of ten children born to WJ and Elizabeth MacDonald. She attended St Agnes High School and played on the championsh... Read More
Hollohan, Mary Joan
1936-2020

Joan Hollohan was born and raised in New Waterford, Nova Scotia. Joan was the youngest of ten children born to WJ and Elizabeth MacDonald. She attended St Agnes High School and played on the championship basketball teams of 1953 and 1954. She attended Mount St. Bernard College and worked in radio and television.

In 1956 she met Ted Hollohan, they married in June 1961 and enjoyed 59 wonderful years together. Daughter Brenda was born in July 1962 but passed away in November of the same year, son David was born in 1963. They lived in the Maritimes until 1971 when Ted was transferred to Edmonton, Alberta where they lived until April of 2019, when they moved closer to family in Calgary.

Joan was active in her community doing volunteer work with the Misericordia Hospital, the Commonwealth Games and the Heart & Stroke Foundation. She was a member of Beta Sigma Phi and many of her sorority sisters became life-long friends. She enjoyed a busy social life with bridge, golf and parties. She would play cards with anyone at anytime – day or night! She had a great appreciation for a good cup of tea – “milk in first please” and almost any kind of sweet. She loved to keep up with the news in the paper and would read the horoscopes to anyone who’d listen. She loved her Oilers hockey but when the score was close and the game was on the line, she would disappear into the front room and play the piano, coming back afterwards to get the result. Upon retirement many winters were spent in Arizona where she and Ted enjoyed movies and dinners out with their many friends….and they played a lot of bridge there too. Joan had two grandchildren that she loved to spend time with and just the sight of them brightened her day. She had a dry wit that would catch many people off guard and give them a good laugh. She will be missed.

Joan passed away peacefully on Saturday, June 27, 2020. The family would like to thank Dianne Watson, the cardiology group and the team at Unit 58 of South Health Campus along with the home care group and staff at Revera for the care and compassion they all provided. Joan is survived by her husband, Ted; son, David (Lynnette); grandchildren, Bradley and Jaiden and her sister, Noreen. She was predeceased by her daughter, Brenda; her parents and her siblings, Duncan, Isabelle, Alex, Bernice, Ross, Stephen, Frank and Sylvester.

A Memorial Service will be held at a later date in Edmonton, when it is safe for family and friends to gather together. To view and share photos, condolences and memories of Joan, please visit www.choicememorial.com.
Read Less

Receive notifications about information and event scheduling for Joan

Posted Jul 09, 2020 at 04:56pm
Very sorry to hear about your Mom Dave. I have great memories of you and your parents when living on the same block in Meadowlark. I very much hope the great memories you have of your Mom will help you find peace during this difficult time. All my best to your Dad and Lynette as well.

3 trees were planted in the memory of Joan Hollohan

Posted Jul 06, 2020 at 06:25pm
Uncle Ted, David and Lynn
Aunt Joan and I always had a catch up chat each year. And she was usually the one to call me which was so special. I am so happy that we chatted this past May. And this time, I was the one to call her. She was a favourite aunt, always full of laughter and so much fun to be around. She will be missed. My sincere condolences.
Love Jeanette 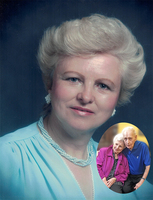 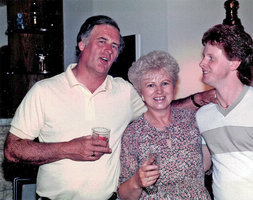