To share your memory on the wall of James McLauchlan, sign in using one of the following options:

Provide comfort for the family of James McLauchlan with a meaningful gesture of sympathy.

It is with great sadness that we announce the passing of James on Thursday, June 27, 2019 at the age of 86.

It is with great sadness that we announce the passing of James on Thursday, June 27, 2019 at the age of 86.

James was born in Colinsburgh, Scotland to Christina and Duncan McLauchlan.

James married Duane Marie Rimbey in 1958 and they were together for almost 61 wonderful years. They ended up settling in Calgary where James remained until his passing. James’ other great love was soccer. He coached children’s soccer for many years and there was always a game playing on his TV. James’ mechanical skills were also legendary, and he was able to fix anything. He was so proud to pass this knowledge onto his children, and even his grandchildren, and they too are able to fix anything!

He is survived by his wife Duane, daughter Sherry Jane (John Gabris), son Kerry (Robyn), and son Geordie (Tanya) as well as his grandchildren and great grandchildren, all of whom he loved and cherished deeply. His great grandchildren were one of the greatest joys in his last years, keeping him ‘young at heart,’ in his words. James’ kind and affectionate demeanour made him a favourite with the little ones and he could always be relied on to tell a joke.

He will be greatly missed by all who knew him.

A private service will be held in August. To view and share photos, condolences and stories of James, visit www.choicememorial.com.
Read Less Thank you Ed, my dad was very fond of your friendship also, God Bless You 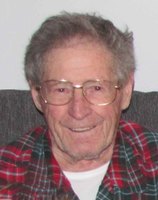 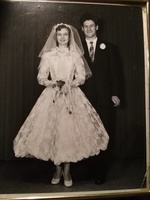 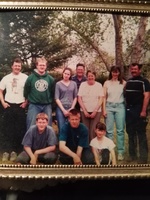