To share your memory on the wall of James Boyer, sign in using one of the following options:

Provide comfort for the family of James Boyer with a meaningful gesture of sympathy.

Jim, at 68 years young, earned his angel wings and soared to the Heavens above where he will be surrounded by love and light from those gone before him. He will go ... Read More
Boyer, James (Jim) Charles
September 8, 1951 – October 29, 2019

Jim, at 68 years young, earned his angel wings and soared to the Heavens above where he will be surrounded by love and light from those gone before him. He will go on to serve as a Guardian Angel to his beloved family whom he left behind and who fiercely love him.

Jim was survived by his treasured and beloved wife of 24 years, Dayna Boyer; three favourite daughters, Tanya, Jolene, and Lindsey (Herman). He also leaves behind his seven amazing grandchildren, Tyler, Lauren, Julia, Allyson, Sarah, Isla and Mia and his cat which he called a dog, Lil 2-4. All of whom he loved with all his being. Jim was predeceased by his parents, Jean and Russell Boyer; his uncles who he treasured always in his heart and Olga Kapach (Baba) and William "Bill" Dmytruk (Guido).

Born in Drumheller Alberta, Jim moved to Calgary as a young boy. As a little bit of a rebel, he was encouraged by his Uncle Pete and Auntie Dot to pursue his passion in the painting trade. Jim earned his journeyman certification and went on to create a successful business, Boyer’s Painting and Decorating which was well known in the commercial industry. Jim painted everything from hotels, buildings, parkades, houses, cars, fences, you name it. If it could be painted he would. He shared his gift with everyone and anyone who needed him. A true artist and tradesman.

When Jim’s girls were young he was most proud of his participation and volunteering, namely with the 1988 Olympics where he invited the Russian Bobsled team over for dinner and security volunteering for the Queen’s visit to Calgary. Jim was delighted to be an extra in the movie “Rad” filmed in Calgary in 1986. He helped with creating and driving floats for the Montgomery/Bowness parade with the Brownies and Girl Guides, and decorated his girl’s bikes for the bike parade down Bowness Road.

Jim survived a great deal of jokingly dubbed “Boyer’s” luck. He was called the man with more than 9 lives; a medical miracle of sorts. He had more than his fair share of illnesses and setbacks but never once did he let it take him down. He handled the cruelest of pains with grace, dignity and immeasurable strength.

Jim will miss the family community he became a part of on the Tsuu T’ina Reserve where he respected his fellow native brothers and sisters who invited him and Dayna into their lives and hearts giving him a sense of family and belonging.

Jim’s kindness and softest heart will live on in those he ever had the pleasure to know. He will be deeply missed. As an Elvis lover, we now say Lil’ Elvis has left the building. It’s not goodbye, rather, see you on the other side. 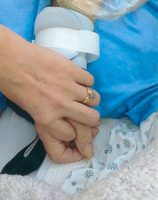