To share your memory on the wall of James Bergmann, sign in using one of the following options:

A kind and generous man, James passed away peacefully at the South Health Campus in Calgary on August 27th, 2020.

A kind and generous man, James passed away peacefully at the South Health Campus in Calgary on August 27th, 2020.

Born in Kingston, Ontario, and raised in Winnipeg, MB. James met the love of his life, Barbara Bergmann (Kirby) and asked her to marry him 2 weeks later. Jim and Barb were married March 4, 1967; and had a long happy life together. They had two children: Marnie Marcotte and Scott Bergmann, and four grandchildren: Cassandra Broers, Tyler Broers, Pyper Bergmann & Trinity Bergmann.

Jim worked for the Solicitor General Correctional Services for 25 years as a Correctional Officer at Spy Hill in Calgary, and St. Paul Remand Centre. During those years, he also built two homes, a log home in Water Valley, AB and later, their dream home with a mountain view in the Cochrane area.

Once he retired, he and Barb RV’d through the US and Mexico, spending a large part of their time at Sunscape RV Resort in Casa Grande, AZ. When travelling, Jim pulled their 44 foot 5th Wheel with his pride and joy, their custom Sterling Semi Truck. When not travelling during the summers, Jim and Barb were camp attendants at Little Elbow and McLean Creek campgrounds in Kananaskis Country.

Jim’s family would like to thank the medical teams in Unit 66 & 68 at the South Health Campus for their care of Jim over the past few months.

In lieu of flowers, donations may be made in Jim’s memory to the Canadian Pulmonary Fibrosis Foundation.

An intimate celebration of life will be happening with family and close friends at River Cove in Kananaskis Country on September 10th at 2:00pm. To view and share photos, condolences and memories of Jim, please visit www.choicememorial.com.
Read Less

Receive notifications about information and event scheduling for James

Posted Sep 08, 2020 at 01:25pm
So sorry for your loss, Barb.
Don and I first met Jim at Symons Valley RV Park in 2005. When he found out that we were interested in wintering in Arizona he offered his lot in Sunscape as they were unable to use it that winter. We enjoyed the park and Jim’s “little piece of paradise” so much that winter that we bought a lot across the road. We spent many winters visiting back and forth. Jim always had a smile and a welcoming word for everyone. Jim will be missed and fondly remembered by his family and many friends.
Don and Jean.
Comment Share
Share via:
HC

Posted Sep 07, 2020 at 11:29pm
Dear Barb,
Thank you for sharing Jim with us during your years at Sunscape RV Resort in Casa Grande Arizona. His presence was always welcome as well as his "volunteer spirit" for the benefit of the park and its' activities! You both are remembered fondly and we send our prayers of comfort for you and the family.
Helen & Skip Custer
78 Westview Dr.
Roseburg, OR 97471
Comment Share
Share via:
MA

Posted Sep 07, 2020 at 04:13pm
Our family got to know Jim as a camp attendant at Maclean Creek, and Little Elbow. A fine gentleman, we enjoyed his stories and visits.

Posted Sep 05, 2020 at 06:42pm
Dear Barbara and Family"
I have many memories of Jim as I spent 12 years at CCC as the Chaplain from 1978 to 2000. We had many laughs and many talks about all that was happening around us. I also remember the opportunity of doing Scot's Wedding.
I wondered many times where you and Jim retired. I thought ye went to Winnipeg to retire but did think of you folk many times. Just want to let you know that Jim had a great affect on many people and i believe that he was well respected by the inmates at the prison.
My thoughts and prayers are with you and the family during this difficult time. God Bless
Comment Share
Share via:
EW

Posted Sep 03, 2020 at 11:14am
One of my favourite memories of Jim was a cold, snowy evening in McLean creek campground. Due to the winter conditions, we were the only campers on the site. Jim came to check on us and laughed when he saw we had cleared the snow around the fire pit and placed a tarp over top to keep in the heat. Of course he joined us around the fire for most of the evening regaling us with stories...I’ll never forget how we laughed together. What struck me most about Jim though was his empathy, especially relevant as a corrections officer. He believed in giving people second chances and I can only imagine the impact of that on those of us lucky enough to know him. My deepest condolences to Jim’s family. Ellen
Comment Share
Share via:
KC

Ken Cutrell here I worked with Jim for many years at Spyhill. Remembering Jim as a star up and comer know respectfully as Hollywood. For 1 year Jim and Don Macintyre worked together and camp. reast in peace Jimmy 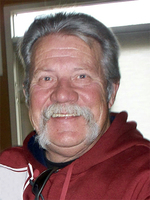 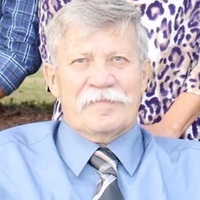 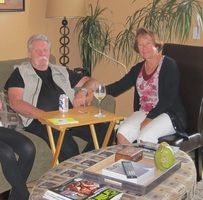 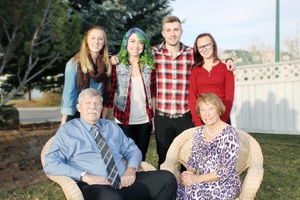