To share your memory on the wall of Herbert Legg, sign in using one of the following options:

Provide comfort for the family of Herbert Legg with a meaningful gesture of sympathy.

Mr. H.F. (Herb) Legg died August 30th, 2019 at the age of 73 years. He was predeceased by his grandparents, Ira and Gale Elliott Wert, Insp. Herbert and Jane Legg; his parents, publisher Herbert K. Legg, CM, and Elizabeth D. Legg, RN; and is survived by his son, Herbert D. Legg; many acquaintances, and a few friends - most of whom appreciated his intelligence, unique personality, and quick wit throughout his life.

For many years Herb was employed as a reporter, sub-editor, managing editor and publisher with daily and weekly newspapers in British Columbia, Alberta, and Manitoba prior to entering the profession of corporate communications with Calgary Power Ltd. (Trans-Alta), Canada Post Corporation (in Calgary and Ottawa), and Theatre Calgary. Herb was a graduate of the Southern Alberta Institute of Technology and was class president for Hotel-Restaurant Administration, Class of 1988. He enjoyed more than a decade's affiliation with the Calgary Exhibition and Stampede (rodeo security) and was a member and former president of the Calgary Press Club.

In keeping with Herb's specific instructions, there will be no funeral or memorial service.

Receive notifications about information and event scheduling for Herbert

We encourage you to share your most beloved memories of Herbert here, so that the family and other loved ones can always see it. You can upload cherished photographs, or share your favorite stories, and can even comment on those shared by others.

Posted Oct 02, 2019 at 04:15pm
I'm so sad to hear of Herb's passing. A truly great soul. He was always so pleasant with his witty sense of humour and endearing smile. My condolences to any and all who knew him. See you again, my friend.
Edie
Comment Share
Share via:
PG

Posted Sep 07, 2019 at 07:21pm
Somewhere out there a Spike Milligan recording plays as we hear the distinctive sound of Herb's voice, cracking wise and being the life of the party. We'll miss you Herb.
Comment Share
Share via:

Posted Sep 06, 2019 at 03:07pm
Herb was an amazingly funny man and we had many laughs together. He was a good friend that I have known for many years. He will be missed!
Comment Share
Share via: 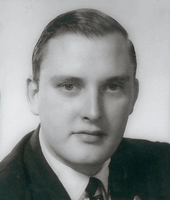