To share your memory on the wall of Heather Kahl, sign in using one of the following options:

Provide comfort for the family of Heather Kahl with a meaningful gesture of sympathy.

‘Tough Bananas’ she’d say. If you didn’t like something, but you had to do, “Tough Bananas.”
It is with great sadness that I announce the passing of Heather Kahl age 83. Heather passed ... Read More
Kahl, Heather
1936 – 2019

‘Tough Bananas’ she’d say. If you didn’t like something, but you had to do, “Tough Bananas.”
It is with great sadness that I announce the passing of Heather Kahl age 83. Heather passed away peacefully at Dulcina Hospice on Sunday, July 28, 2019.

Heather was born October 24, 1936, in Winnipeg, Manitoba, she was the daughter of the late Edward and Helen Leslie.

She is survived by her husband of 58 years, Richard Kahl, her two sons Les and wife Trina of Prairie Village, Kansas and Graham and wife Jennifer of Calgary, Alberta and four grandchildren, Jaxson, George, Sadie and Ruby.

Heather raised her two sons and was their biggest fan growing up, she attended ‘umpteen’ hockey games between the two, and has the scars to prove it.

She was an avid sports fan and spent many hours with Richard and her boys watching the Olympics (especially the figure skating, I think she even turned the boys into fans), The Masters, The Grey Cup and of course Hockey Night in Canada. She loved to golf and was once crowned Club Champion at her local course.

As her sons grew up, she took a job at the Winnipeg Public Library, where she worked as a library assistant which allowed her and Richard to pursue their love of travel.

Throughout their retirement years, they became snowbirds, spending their winters mostly in Palm Springs. They enjoyed the warm temperatures, fresh fruit, golfing and shared many laughs with their good friends Barbara and Bob Scott and Kay and Gord Bandola over some ‘well-priced’ wine and G&T’s.

Heather and Richard lived in Winnipeg then Calgary then back to Winnipeg and finally settled in Calgary after the birth of her first grandchild, and soon became known as ‘Nanny.’ Nanny’s grandchildren were her pride and joy. She enjoyed taking Jaxson and Sadie swimming and making them ham sandwiches and mac n’ cheese and then sending them home with a bag full of treats. She loved visiting George and Ruby during school breaks in Kansas where they lived and vacationing together in Florida during spring break. Florida trips were special. She would be at the beach with the kids throughout the day and laugh out loud playing cards at night.

Heather was immensely proud of her family and leaves behind nothing but beautiful memories.
Memorial service date and time is yet to be determined. To view and share photos, condolences and stories of Heather, please visit www.choicememorial.com.
Read Less

We encourage you to share your most beloved memories of Heather here, so that the family and other loved ones can always see it. You can upload cherished photographs, or share your favorite stories, and can even comment on those shared by others.

Posted Aug 08, 2019 at 06:14pm
Our thoughts for Richard and his family have our deepest sympathy. Heather was not only a neighbour but a good friend and we have many memories of good times spent with her and Richard. Heather was fun to be around, always laughing and ready to have a good time. We’ll miss her.
Dianne and Al Karakuc
Comment Share
Share via: 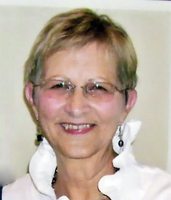