To share your memory on the wall of Giuseppe Poscente, sign in using one of the following options:

Giuseppe Poscente passed away peacefully in the morning on Sunday, February 2, 2020 at the age of 93.

Giuseppe Poscente passed away peacefully in the morning on Sunday, February 2, 2020 at the age of 93.

As a youth, Giuseppe worked on aqueduct projects and later as the driver to the town doctor ferrying patients for appointments. Searching for a better life, he emigrated to Canada in 1950 on the ocean liner Vulcania, landing in Halifax and taking the train to Nordegg. He then moved to Calgary where he lived with other bachelor Italians at first, then married Annunziata, also of Antrodoco, in 1953 in Drumheller. Their children Sandro and Clelia arrived, and he raised his children to become university educated professionals.

Giuseppe worked hard for his family. He worked in the sheet metal industry at Stewart-Phillips, then Watson Sheet Metal, later forming his own company West Air Sheet Metal. His career path took him from a Benchman to Journeyman to General Superintendent to Owner/Operator to computerized pattern design and layout. He was involved in many big projects such as: Calgary Place, Market Mall, Saddledome, McEwan Hall, Foothills Hospital, and many shopping centres in BC, AB and SK.

Giuseppe volunteered his labour and provided materials for work at Our Lady of Perpetual Help, S. Andrea and Our Lady of Grace Roman Catholic churches. He worked on many furnaces and eavestroughs for fellow Italians. He was a good handy man.

Giuseppe took many trips back to Italy. He also enjoyed travelling to Alaska, Hawaii, California, Nevada, Florida, Mexico, Panama, Columbia and Caribbean. He built two homes from the ground up using sub-contracting management skills. He was a season ticket sporting enthusiast of the Calgary Flames and Calgary Stampeders.

Giuseppe was predeceased by his beloved wife Annunziata, brother Saverio and sister Irene. He will be dearly remembered by his son Sandro, daughter Clelia, sister Paola, as well as other relatives in Italy.

Friends are invited to gather at Choice Memorial (105-4715 13th Street NE) for coffee and a visitation on Tuesday, February 11, 2020 from 2:00 pm – 4:00 pm. Funeral Mass will be celebrated at St. Luke’s Catholic Church (1566 Northmount Drive NW) on Wednesday, February 12, 2020 at 11:00 am. Graveside Service to follow at Queen’s Park Mausoleum. To view and share photos, condolences and stories of Guiseppe, visit www.choicememorial.com. Arrangements entrusted to the care of Choice Memorial Cremation & Funeral Services (403) 277-7343.
Read Less

We encourage you to share your most beloved memories of Giuseppe here, so that the family and other loved ones can always see it. You can upload cherished photographs, or share your favorite stories, and can even comment on those shared by others.

Luisa and Grant sent flowers to the family of Giuseppe Poscente.
Show you care by sending flowers

Posted Feb 16, 2020 at 11:01am
Thank you Joe and family for always showing us love our whole life. My memories of being at your house will always be warm and treasured. I wish you, Clelia and Sandro all the best in your lives and Thank you for being the kind of people that you are. You truly learned the best example from your wonderful parents.

Posted Feb 11, 2020 at 08:42pm
Wishing you peace to bring comfort, courage to face the days ahead and loving memories to forever hold in your hearts.

Flowers were purchased for the family of Giuseppe Poscente. Send Flowers

Flowers were purchased for the family of Giuseppe Poscente. Send Flowers

Posted Feb 10, 2020 at 02:36pm
Clelia and Sandro,
Although no words can ease the loss you feel, just know that you are in our thoughts and prayers. May the memories of your father help you find peace and comfort during this difficult time.

Luisa and Grant purchased flowers for the family of Giuseppe Poscente. Send Flowers 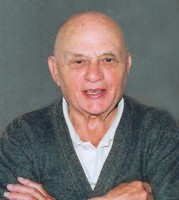 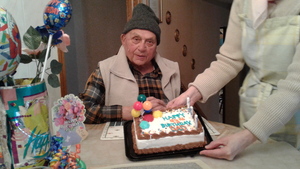