To share your memory on the wall of George Mathai, sign in using one of the following options:

Provide comfort for the family of George Mathai with a meaningful gesture of sympathy.

Print
George Mathai was born on September 28, 1927 in Aranmula, a small village in Kerala, India.

After receiving two degrees in Economics and in Education, he worked as a high school teacher for most of his life. George was a dedicated teach... Read More
George Mathai was born on September 28, 1927 in Aranmula, a small village in Kerala, India.

After receiving two degrees in Economics and in Education, he worked as a high school teacher for most of his life. George was a dedicated teacher and mentored thousands of students, who fondly call him George “Saar” (sir). He often used stories and humour to make learning memorable and interesting. He continued his passion as a volunteer teacher at a Bible School in India.

George and Rachel were married for 67 years and have five children. He was a dedicated and loving husband, father, grandfather and great grandfather. He instilled strong family values and was fondly called “Appacha”.

George lived his Christian faith and volunteered his time freely for church activities. He was the Youth League Secretary and the Trustee of the local parish of the Mar Thoma Church in his early years. He was heavily involved since the formation of St. Thomas Evangelical Church of India and held various positions locally and centrally in the church, including as Sunday School Board Secretary and as Sabha (Church) Secretary.

He continued his passion for the community even in his retirement and constructed two buildings on his property, one of which serves as a Mission Home and the other to serve the needy in the community.

He was a born mediator and was instrumental in bringing fair and just resolutions to many contentious situations in his church and the community. He was known for his faith, integrity and strong moral values, which guided his actions and decisions every day. He loved the Lord and loved his neighbours, as Jesus commanded.

He will be deeply missed by his family and friends.
Read Less

We encourage you to share your most beloved memories of George here, so that the family and other loved ones can always see it. You can upload cherished photographs, or share your favorite stories, and can even comment on those shared by others.

Posted Jun 14, 2019 at 05:49pm
Our deepest condolences. Missing appachen. Praying for the heavenly comfort and peace to ammachi , the blessed children and grandchildren . God bless you all !!

Posted Jun 14, 2019 at 11:10am
Lot of memories of Georgekuttychayan and the Karuvelil family. He was compassionate and helpful in times of need. He was like a father figure for us. My father used to consult him on all important family matters. We will greatly miss him. Our heartfelt condolences and prayers for Kochamma and to every grieving member in the family.
Pappachen, Mangattumalayil
Oklahoma City
Comment Share
Share via:
DB

Posted Jun 14, 2019 at 03:45am
He was my teacher and mentor in the school and in the church. May God fill the heart of the family members with the divine peace.
Comment Share
Share via: 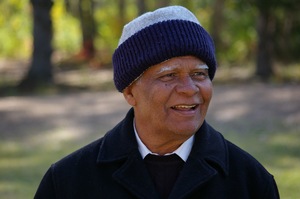