To share your memory on the wall of George Amos, sign in using one of the following options:

Provide comfort for the family of George Amos with a meaningful gesture of sympathy.

George was born in New Westminster, BC, and raised in the Greater Vancouver area. Dad met Mom while attending UBC and were married shortly afterwards. He spent most of hi... Read More
AMOS, George Michael
November 7, 1948 – October 13, 2019

George was born in New Westminster, BC, and raised in the Greater Vancouver area. Dad met Mom while attending UBC and were married shortly afterwards. He spent most of his working years as an engineer with various companies in the oil patch in Calgary. He also spent some time in his earlier career in London, England, and also in Fort St. John, BC. He and Mom continued to live in Calgary during retirement.

George liked the outdoors, travelling and woodworking. Together with his family, he spent time in the outdoors biking, hiking, and cross-country and downhill skiing, in and around the Kananaskis, Banff and Calgary areas, but also in BC. He and Mom travelled to every province and territory, except for Nunavut. They also travelled through the US, Caribbean, Europe and China.

George was a dedicated husband, father, grandfather and friend. He spent time volunteering at the churches they attended – St. Paul’s Anglican, and St. Andrew’s Presbyterian. He and Mom also volunteered with Side By Side, a dementia support group.

He is survived by his wife of 46 years, Maureen; children Mike (Dana), their children Brayden, Logan and Bryony; and Colleen (Steve), and their children Teanna and Kirsten. He was predeceased by his father, William, mother, Wilma, and brother, Bill. George will be lovingly remembered and missed by his family, extended family and many friends.

The family extends their sincere thanks and appreciation to all the people of the Tom Baker Cancer Centre, the Sage Centre, and Chinook Hospice.

If friends so desire, donations may be made in George’s memory to Calgary Food Bank or the charity of your choice.

We encourage you to share your most beloved memories of George here, so that the family and other loved ones can always see it. You can upload cherished photographs, or share your favorite stories, and can even comment on those shared by others.

Posted Oct 17, 2019 at 02:23pm
Farewell to a wonderful neighbour. We will miss his entertaining stories told with his unique 'George' voice.
Go in Peace our friend, Steve and Iveah Hutchison
Comment Share
Share via:
ST

Posted Oct 17, 2019 at 01:27pm
In addition to the qualities described, add modesty. Not many would know that George graduated at the top of the class and received the Governor General's medal at UBC. We were classmates and have kept in touch since. Good bye, my friend.
Stuart Tan, Vancouver, BC. Posted Oct 17, 2019 at 12:30pm
In memory of our friend, George Amos, God's kindly and capable servant. We will miss you. Our sympathy to Maureen and family. Love from Mark and Joan

Flowers were purchased and a memorial tree planted for the family of George Amos. Send Flowers

Posted Oct 17, 2019 at 11:30am
George will be remembered as a man of impeccable character who was always approachable and true to his word. I’ll truly miss our occasional coffee meetings which were always engaging and enlightening. Robert Stanton
Comment Share
Share via: 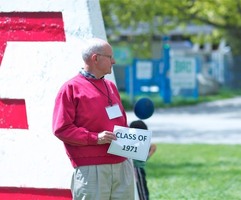 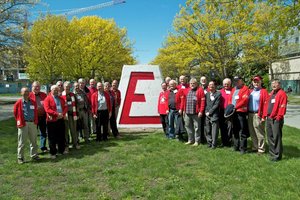