To share your memory on the wall of Garry Rosling, sign in using one of the following options:

Provide comfort for the family of Garry Rosling with a meaningful gesture of sympathy.

With heavy hearts the family of Garry Rosling announces his passing on Tuesday, November 19, 2019 at the age of 80 years.

With heavy hearts the family of Garry Rosling announces his passing on Tuesday, November 19, 2019 at the age of 80 years.

Garry enjoyed bowling, golfing, playing numerous card games, horse racing and playing the stock market. He was a member of the Calgary 55 Plus Games Association for 20 years where he won numerous medals in the Calgary, Alberta Provincial and Canada Games.

Garry’s dedication to his family, his positive outlook on life, warmth, compassion, kindness, hugs and quiet strength will be greatly missed. Family and friends are invited to join in a Celebration of Garry’s Life that will take place at Thornview Seniors Center on Saturday, December 07, 2019 at 2:00 pm.

We encourage you to share your most beloved memories of Garry here, so that the family and other loved ones can always see it. You can upload cherished photographs, or share your favorite stories, and can even comment on those shared by others.

Posted Dec 04, 2019 at 02:33pm
arry was a wonderful strong quiet generous friend. Dave and I had many wonderful times with Garry and Deb.

Our thoughts and love are with all of the family. You are all in our hearts and prayers.

See you bowling on the other side Garry... you will be missed and forever in our hearts. 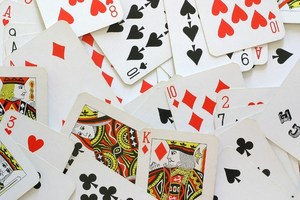 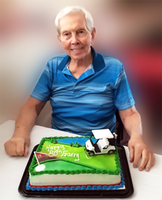