To share your memory on the wall of Franklin Henson, sign in using one of the following options:

It is with great sadness that we announce the passing of Franklin Walter Henson. Frank passed away peacefully on Sunday, November 1, 2020 at the Foothills Medical Centre in Calgary, Alberta at the age of 73. Read More
Henson, Franklin Walter

It is with great sadness that we announce the passing of Franklin Walter Henson. Frank passed away peacefully on Sunday, November 1, 2020 at the Foothills Medical Centre in Calgary, Alberta at the age of 73.

Frank was born in Brandon, Manitoba on April 8, 1947, the third of four children to Albert and Bessie Henson. Frank lived the majority of his life in Brandon where he and his wife of 47 years Marlette, raised a family of six children together.

Frank enjoyed many hobbies - an avid coin collector- and sports such as bowling, broomball, baseball...go Yankees!! and hockey...go Jets!! He was a season ticket holder for the Winnipeg Blue Bombers for many years and was a loyal and devoted fan. Frank worked as an accountant for McKenzie seeds for 25 years and then he and Marlette opened their own tax business serving southern Manitoba for many years to follow.

After the passing of his beloved wife in 2019, Frank moved to Calgary to live the rest of his time with his family.

A special thank you to the doctors, nurses and health care professionals at the Foothills Medical Centre Unit 47 for taking such good care of our dad - your kindness remains with us.

At Frank’s request, there will be no formal service at this time. In lieu of flowers we ask that you donate in Frank’s memory to a charity of your choice - take a moment to hug your loved one...tomorrow is not promised.
Dad...you were a kind silent soul...you are with mom now...fly high.

Receive notifications about information and event scheduling for Franklin

We encourage you to share your most beloved memories of Franklin here, so that the family and other loved ones can always see it. You can upload cherished photographs, or share your favorite stories, and can even comment on those shared by others.

3 trees were planted in the memory of Franklin Henson

Posted Nov 07, 2020 at 11:27am
So sorry to hear of the passing of Frank. We saw him last summer at Marlette’s funeral services in Brandon. He looked so good. He was my accountant for many years. Condolences to the family.
RIP Frank. You will be missed.
Jerry Hemmings
Brandon, Manitoba
Comment Share
Share via:
HS

Posted Nov 06, 2020 at 08:00pm
Thinking of all of you at this time, with heartfelt condolences. Sending hugs! Sharon and Larry Polege and the kids 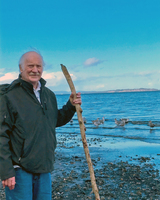 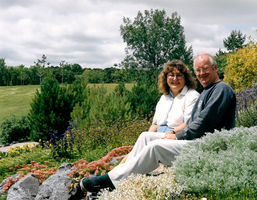 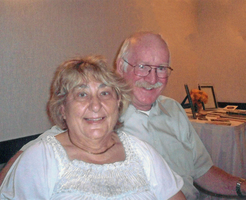