To share your memory on the wall of Esther Klemp, sign in using one of the following options:

Esther Klemp passed away on August 18 with family by her side. She was predeceased by her husband, John Klemp in 1997, her sister, Marion Terris, in 2013, and her brother, Tom Hulland, in 2018, and is survived by her sister, Ruth Daw of Lethbridge. Already missing Esther are her daughters, Karen Klemp and Christine Chambers (Graham). She is also survived by her four loving grandchildren Sarah Edwards (James), Alex Lysakowski, and Kelsey and Chloe Chambers.

Esther was a graduate of the VGH Nursing School class of ’54. She worked in B.C. and Calgary, most recently at the Rockyview Hospital from 1980-88. She then retired to help John launch The Wine Shop, one of the two first privately owned wine shops in Alberta. They traveled the world in search of great wines and made great friends. Nursing was a true vocation for Esther, who continued to care for friends and family in many ways.

Always active, Esther especially loved her fitness classes and her bike. She belonged to the Elbow Valley Cycle Club, where she cycled until her 80th summer. She was an amazing hands-on grandma and cherished her time with each grandchild. With John, she loved live Stampeders games and more recently became a Flames fan. Esther and John were very active with the Downtown Rotary Club of Calgary, and Esther served as the Rotary Ann President for several years. She loved pouring beer at the big corporate parties and watching the fun while raising money for the Club. Her church home was St. Andrew’s Presbyterian where she attended and served for decades. She reconnected with St. Andrew’s last spring through their wonderful Side by Side ministry. Esther played bridge for 50+ years with some SW neighbours who saw each other through thick and thin.

Esther had a sometimes wicked sense of humour and continued to bring joy to many even as she reached the end of her journey. She moved to the Providence Care Centre in December of 2019, and we would like to thank the staff for their wonderful care and compassion. Esther was a fiercely loyal friend, boundlessly energetic, resourceful, accommodating, and generous. She was a force of nature wrapped in a fluffy blanket of love and good deeds.

Receive notifications about information and event scheduling for Esther

We encourage you to share your most beloved memories of Esther here, so that the family and other loved ones can always see it. You can upload cherished photographs, or share your favorite stories, and can even comment on those shared by others.

Posted Aug 24, 2020 at 02:54pm
Dear Karen, Christine and families,
Please accept my sincere condolences on the loss of your Mom. She was a wonderful lady
and a great inspiration with all her fitness, resilience and remarkable intelligence. i hope you have
much comfort and support at this sad time and I am thinking of all of you. Take care. Jayne Hague
Comment Share
Share via:
BE

Posted Aug 23, 2020 at 01:52pm
Christine and Karen, I want you to know how much I enjoyed being a companion to Esther at the Side by Side program at St. Andrews Presbyterian Church. Although our time together was short overall, I looked forward to the Wednesday's we shared. Barb Everett

Posted Aug 21, 2020 at 04:17pm
My thoughts and condolences are with you as you celebrate your mom’s life and mourn her passing. I have many great memories of her. She and my mom enjoyed countless games of bridge together and she was such a wonderful companion to my dad in the years before he passed away. Thinking of all of you, 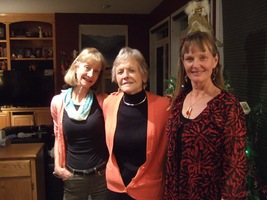 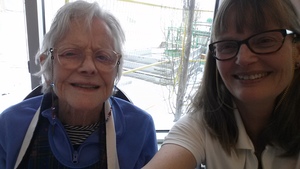