To share your memory on the wall of Edward Dietrich, sign in using one of the following options:

Provide comfort for the family of Edward Dietrich with a meaningful gesture of sympathy.

Ed or ‘Tony’ as his close friends called him, was born Feb 23, 1943 in Kingston Jamaica. He grew
up in Johns Lane in Kingston and in his early years was raised by his grandmother, Doris Maduro
and grand aunt, Miriam Maduro. As a teenager, he attended St. George’s College for boys in
Jamaica. Ed received a scholarship in 1962 to study civil engineering in Trinidad at the
University of the West Indies where he played on the varsity soccer team. In 1965 while at
U.W.I, Ed met his future wife Zulie Jahoor, Trinidad’s 1966 Carnival Queen. They married in
Trinidad in 1966. After university, Ed and Zulie moved to Jamaica and started a family. Ed began
his career at Jamaica Public Works as a civil engineer.

In 1978, Ed and Zulie moved their young family to Calgary, Alberta Canada in pursuit of better
opportunities. Ed worked at Fluor Daniel, a global engineering firm, for over 25 years with brief
stints in Fort McMurray, Alberta and Kingston, Ontario. He received his Master’s in Engineering
from the University of Calgary in 1987. He was an accredited professional engineer in Canada,
the USA and the UK. Over his career he travelled to Eastern Canada, California, Texas, Alaska,
Russia, India and England on work assignments.

Family was important to Ed and he worked tirelessly to provide stability and opportunities for
those around him. He always made the effort to help those he loved and cared about, giving
whatever he could when he could. Ed is survived by his wife of 54 years, Zulie Dietrich; four
children, Mark Dietrich, Pier Dietrich, John Dietrich (Gigi) and Nicole (David) Dietrich; four
grand-children, Miriam Dunlop (Christopher), Ben Dietrich, Ayrton Dietrich-Schimnosky,
Ettianne Dietrich-Schimnosky; and his great-grand-daughter Mabel. He is also survived by his
siblings, Christopher Callen, Rocky Callen, Peter Callen, Michael Callen, Roxanne Callen, Joe Blair
and cousin Kingsley Johnson. Ed is pre-deceased by his grandmother, Doris Maduro; grand-aunt,
Miriam Maduro; mother, Gloria Callen; grand-daughter, Ivy Elizabeth Dietrich-Schimnosky; close
friend and mentor Professor Stanley Collins and beloved Jersey.

Ed had a passion for mathematics, physics and soccer. He was fond of animals and generously
donated to several charities. He often stressed the importance of giving to those less fortunate.

The family would like to thank all of his doctors, nurses and the staff at the Tom Baker Cancer
Centre and Foothills hospital who cared for Ed with kindness and compassion. A special thank
you to his dedicated caregivers: Joe, Nyanget and Jacque.

A memorial to honour his memory will be held at a later date in Calgary. If friends so desire,
donations can be made in memory of Ed to the Tom Baker Cancer Centre . To donate by phone: (780) 432-8500


Dear Dad,
This letter is to say thank you for the generous time you made for us and all that you did for us.

Thank you for the songs you sang for us on your guitar, the fun at the beaches in Jamaica and
the Rockies in Alberta.

Thank you for the time spent with the grandchildren and great-grandchild and vacations spent
with Mom.

Thank you so very much for your years of hard work at Fluor Daniel so that we were always
provided for.

Thank you for all the hugs, patience and encouragement whenever the road was steep.

Thank you for teaching us the importance of doing what we love and doing it to the best of our
ability.

Thank you for the knowledge and help that paved our way to independence and lives well lived.

Thank you so very much for making all of us the centre of your universe. It was always
appreciated. Till next we meet Dad.

Love you forever, from your wife, Zulie, your kids; Mark, Pier, John, and Nicole; your great
grandkids; Miriam, Ben, Ayrton and Ettianne; your great grand-daughter Mabel; and your
loving and faithful pup, Soleil.

We will miss you, may you rest in peace.

Donations are being accepted for: ALBERTA CANCER FOUNDATION.

I am grateful for so many things that you taught me and shared throughout your life.

Guiding me in life and in business.
Teaching me that people mattered more than things…always… and that strength of character was of utmost importance. You showed us this throughout your life.
To do what I loved in order to make the most of my life. I listened.
Letting me know you had a great love for my mother. It was the greatest gift to hear this and it later guided my own decisions in matters of the heart.
Being the foundation of our family and endlessly making sacrifices so that our lives would be improved and secure.
Teaching us the importance of not sweating the small stuff; staying calm in the face of adversity and standing together when it mattered.

I will never forget your joy at the arrival of your grandchildren and how you said you had 5 grandchildren, always including Ivy (our angel). I hope you are with her and Jersey now along with Mirrie, Gloria and Doris.

Rest in Peace Dad, you’ll be in our hearts forever.
Love Nicki

Posted Apr 23, 2020 at 07:18pm
My dear brother. You and your family..my nieces and nephews..played such a huge part of my childhood growing up. Some of my best memories are of spending time with the family. What I appreciated the most was your quiet strength and KINDNESS. Years later I found out that You paid for me to go to the same school as your kids, and I know that you helped a lot otherwise. My biggest regret is not spending more time with you; creating more memories. Love you..miss you..thank you for everything. Say hi to the family..mommy and daddy and I’ll see you on the flip side. ❤️
Comment Share
Share via:
D

Today It was with great shock and disbelief that I saw in the online Gleaner that Tony had passed away. He was one of my old friends from school days at St Aloysius Elementary School. Our friendship continued until he entered University in Trinidad and then came back home starting married life and subsequently migrating to Calgary.

I tried many times to locate him on Facebook or Skype but no luck.

How can I forget my visit to Trinidad for the 1964 Carnival. I was booked into the Trinidad Hilton but spent all my time at the University dormitory until I left for Jamaica on Ash Wednesday morning.

Zulie I remember you and Tony coming home to Jamaica as a married couple and you attending UWI. I also recall the entire family coming back to Jamaica on vacation maybe 1985/1986 and having a function at the home you were staying at in Trafalgar Park.

The last time I was with Tony was when he came out to Jamaica for his stepfather, Mr Callen's funeral.

Since those days I also migrated to USA and presently reside in Atlanta, Georgia with my family.

Tony was a brilliant individual, kindhearted and a very humble person. We had great times together and I am only sorry I did not get a chance in recent years to connect and re-establish those good years we had together.

Posted Apr 19, 2020 at 01:28am
Hi Dad, indeed you fought a good fight. Though your illness, you thrived. You always found a way. Many wonderful memories were made during this time. Thank you for letting us, your family, help take care of you on this journey. No doubt you now live in eternal peace and joy. Till next we meet Dad. Forever in my heart, Pier. 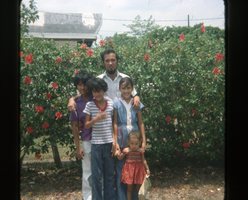 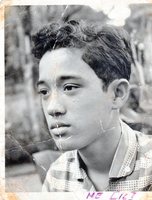 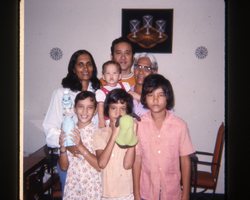