To share your memory on the wall of Dorothy Wanlin, sign in using one of the following options:

Provide comfort for the family of Dorothy Wanlin with a meaningful gesture of sympathy.

Dorothy Ann Wanlin, 87 years of age, passed away on Monday, September 23, 2019, at Bethany Seniors Residences in Calgary Alberta, with family by her side. After years of suffering with dementia, she is now at peace.
Wanlin, Dorothy Ann

Dorothy Ann Wanlin, 87 years of age, passed away on Monday, September 23, 2019, at Bethany Seniors Residences in Calgary Alberta, with family by her side. After years of suffering with dementia, she is now at peace.

Dorothy was born in New Jersey and moved to Canada when she was very young. She lived in Sherbrooke (Quebec), Toronto, Uxbridge and Port Elgin (Ontario), and Calgary and Airdrie (Alberta) for the past 35 years.
She was the mother to four daughters, Debbie (Terry) Will, Hope (James Harrison) Cochran, Carrie (Brad Gardiner) Cochran (all of Calgary, Alberta) and Faith (John Bossy) Cochran (Toronto, Ontario); grandmother of Terri (Joe Gray) Simpson, Michael and Erin Tilling, Elliott (Murielle Lemay) Harrison and Vivian Bossy and great gramma to Dexter and Gracie Gray. She is also survived by her brother, Jim Doyle (Calgary) and her sister, Myrna Fuller (B.C.) and many nieces and nephews.

She was predeceased by her husbands, Arthur Wanlin (Airdrie AB), William Thomas (Port Elgin ON), and James Albert Cochran (Whitby ON); her son-in-law, James Harrison; her sister-in-law, Joyce Doyle; her mother, Eva (Doyle) Jones, and her brothers, Bruce and Lorne Jones (ON).

Dorothy was a member of the Order of the Eastern Star, and the Airdrie United Church. As a young woman in Uxbridge, she was an ace bowler. She always loved to dance and took up western dancing later in life when she moved to Calgary, where she also did volunteer work with the elderly. Throughout her life, she was an avid hobbyist, sewing, knitting and gardening. Dorothy enjoyed wildlife spotting, spending time in nature, and the open road.

During all the difficult times, Dorothy was surrounded by the love and support of her family in Alberta. Much thanks to Janet Leeder and the staff at Bethany for their loving care of Dorothy.

A Memorial Service for family and friends will take place at a later date. To view and share photos, condolences and stories of Dorothy, please visit www.choicememorial.com.
Read Less

We encourage you to share your most beloved memories of Dorothy here, so that the family and other loved ones can always see it. You can upload cherished photographs, or share your favorite stories, and can even comment on those shared by others. 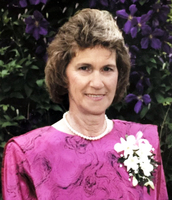