To share your memory on the wall of Dorothy Smith, sign in using one of the following options:

Print
It's with great sadness to announce the passing of Dorothy Smith, 76 of Calgary. She was the only daughter of the late Ralph and Marion (Lockhart) Canning.

Dorothy enjoyed life to the fullest, even when she wasn't feeling well. She was a... Read More
It's with great sadness to announce the passing of Dorothy Smith, 76 of Calgary. She was the only daughter of the late Ralph and Marion (Lockhart) Canning.

Dorothy enjoyed life to the fullest, even when she wasn't feeling well. She was a fighter to the end. She worked many years at All Saints Hospital. She made a big change later in life and moved to Calgary. She then finished her working years at the Peter Lougheed Hospital. Everywhere she went she made friends. Her greatest joy was her only granddaughter, Hayley. She was so happy to be able to watch her grow up and spend so many special times with her.

Dorothy will be sadly missed by son Ricky of Prince George, BC; daughter Sandi Potter (Steven) of Calgary; brothers Jack (Cheryl) of Amherst; Brian (Carolyn) of Collingwood and sister in law Eileen of Southampton and several nieces and nephews.

Besides her parents, she was predeceased by her brothers Doug and Carl.

Cremation is under the direction of Choice Memorial Cremation & Funeral Services, Calgary, AB. Memorial Service will be held at Symons Valley United Church (38 Kincora Rise NW) on Tuesday, June 23, 2020 at 11:00 am. The service will also be live streamed at the following link:

Burial will take place in Leamington, NS at a future date.

Should friends so desire, memorial contributions may be sent to Rosedale Hospice (920-7A St NW, Calgary, AB T2M 3J4). To view and share photos, condolences and stories of Dorothy, visit www.choicememorial.com.
Read Less

Receive notifications about information and event scheduling for Dorothy

You will receive any future notification messages.
Print

We encourage you to share your most beloved memories of Dorothy here, so that the family and other loved ones can always see it. You can upload cherished photographs, or share your favorite stories, and can even comment on those shared by others.

Posted Jun 23, 2020 at 01:26pm
Only knew Dorothy for a few years, but was always a joy to be around. We met at our TOPS group and she will be missed by alot of people. RIP Dorothy!!
Comment Share
Share via:
GR

Posted Jun 22, 2020 at 10:52pm
I was so sorry to hear of the loss of Dorothy. She was very positive and loved sharing a good laugh and was always fun to be around. My thoughts and prayers are with her family.
Comment Share
Share via:
HS

Posted Jun 22, 2020 at 02:14pm
Sandy Steven and Hayley,
We are so sorry for you loss. Terry and I have fond memories spending time with your mom at your house, especially at Hayley's Birthday parties and Christmas celebrations over the years.
Dorothy will be greatly missed by all that knew her.
God bless her and may she rest in peace.
Sending all of our love.
Mary and Terry Coulter

Posted Jun 21, 2020 at 08:15pm
Sandi and Hayley
So sorry to hear of your mom/grandmas passing. I had many great conversations with her all the years I was lucky enough to cut her hair. Her stories were great,but the most special times was when all she talked about was you guys!! She was so grateful and blessed to share the years she did with you guys. Thank you for all the memories.
Comment Share
Share via: 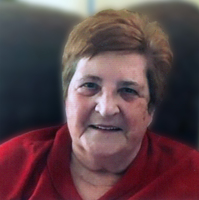 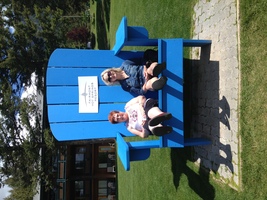 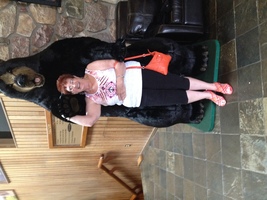 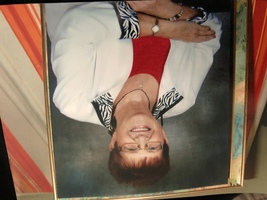