To share your memory on the wall of Isobel Fulton, sign in using one of the following options:


Dora Isobel Fulton was born in Montreal, Quebec and passed away peacefully in Calgary, Alberta, after a short illness, with family at her side.


Dora Isobel Fulton was born in Montreal, Quebec and passed away peacefully in Calgary, Alberta, after a short illness, with family at her side.

Isobel was predeceased by her parents, her brothers Leo and Ronald, and her husbands Ernie Prentice (in 1987) and John Fulton (in 2010). She is survived by her sister Norma, sister-in-law Betty, sons Larry Prentice (Linda Rizzardo) and Alec Prentice, daughters Shirley Huybers (Ron) and Janet Weglo (Ted), and John’s daughters Margaret McCloy (Rod) and Ann Hoggan (Gerry). She is fondly remembered by her 15 grandchildren and 16 great-grandchildren, as well as by her many nieces and nephews.

Isobel met Ernie Prentice while they both were working at Richardson Securities. After their marriage in 1950 they settled in East Vancouver to raise their family. She was a very busy mom and aunt, with a large extended family nearby. Isobel worked for The Bank of Nova Scotia for more than 25 years, first at night in the bank’s data centre and later, as Ernie’s illness made working night shifts more difficult, as a branch mortgage lender.

After Ernie’s passing and her retirement from the bank, she canvassed a variety of interests and eventually joined the Golden Age Hiking Club. It was there that she met John Fulton, and after their marriage in 1996 they enjoyed travel and many adventures together around the world.

Isobel was a gracious and caring person, as her many friends and family will attest. She had a sharp wit but never a harsh word for anyone (no matter how richly deserved). She took great delight in the achievements of her extended family, and was always ready with an encouraging word when small setbacks occurred. She enjoyed good health and fitness for almost all her life, and for that her family is most grateful.

In lieu of flowers, please consider making a donation in Isobel’s memory to the Alzheimer Society of BC or Salvation Army.

We encourage you to share your most beloved memories of Isobel Fulton here, so that the family and other loved ones can always see it. You can upload cherished photographs, or share your favorite stories, and can even comment on those shared by others.

Posted Mar 11, 2020 at 07:53pm
My memories of Isobel and Ernie go back to the 1960s. I remember sitting in the living room with Ernie playing the piano and Isobel serving tea. We kids (five of us at the time) were probably causing chaos. Isobel had such a goofy sense of humour. She asked Dad if he wanted more tea and he said just half a cup please. She said, “which half?” And he said “top.” That was that and she brought him what looked like a full cup of tea. As he drank it down, he started to laugh. She had used a little foil plate from a tart to give him exactly what he asked tor.
The night my Dad died suddenly, Isobel and Ernie sat with Mum until we could be there. When Mum was dying, several years later, Isobel showed up at the palliative care unit with a basket of fruit, crackers and cheese. She knew what we needed, along with her comforting words.
We exchanged Christmas cards and letters for many years. She was always so positive about everything. I will remember her kindness.
My thoughts are with Larry, Alec, Shirley and Janet, as well as John’s family.
Comment Share
Share via: 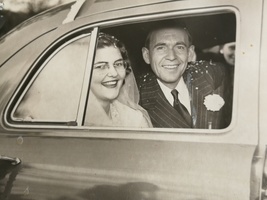 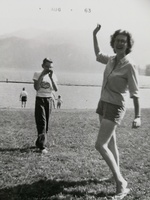 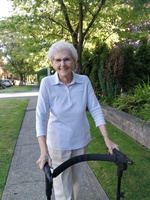