To share your memory on the wall of Donald Sirianni, sign in using one of the following options:

Provide comfort for the family of Donald Sirianni with a meaningful gesture of sympathy.

Don Sirianni, cherished husband of Anne McCreary, died suddenly on November 18, 2019. Don was born October 3, 1952 to Gino and Venise Sirianni of Kamloops, BC. He was predeceased by his esteemed father and by his beloved auntie Dora Fuoco. Mourning his loss are his mother and brothers Ralph (Sandy) and Frank. His nephew Ryan (Brooke) and niece Melissa (Troy) will miss him greatly. Don was very proud of his Italian-Canadian heritage, and of being part of an extensive family.

As a young man, Don back-packed abroad; he thought of himself as a traveller, not a tourist. He re-located to Calgary and worked in construction, then owned and operated Harry’s Bar. In 1986, Don joined the financial industry and he was faithfully serving clients as a Financial Advisor to the end.

Don was a warm, caring person; he was a stand-up guy. He was affable and made friends easily. Don had a good sense of humour with a flair for the ironic. A big part of his life was hanging out with buddies at the pub, or the 19th hole. Don was an ardent golfer and a long term member of Turner Valley Golf Club. Don had rhythm. He began playing guitar as a small child and he had a passion for music throughout his life. He loved sports, he was an avid reader, and he enjoyed a regular workout at the gym.

Don was a loving spouse, a vital family member, and a good friend. He is most sorely missed. Details of any memorial gathering are yet to be determined. Condolences can be shared at: www.choicememorial.com

If you would like to make a donation in Don’s honour, he liked to support children, those who had fallen on hard times, and those suffering from an injustice life had thrown them.
Read Less

We encourage you to share your most beloved memories of Donald here, so that the family and other loved ones can always see it. You can upload cherished photographs, or share your favorite stories, and can even comment on those shared by others.

Posted Dec 10, 2019 at 11:13am
Thanks for calling Anne and letting me know what happened. My thoughts and prayers are with you,
Wendy
Comment Share
Share via:
DM

Posted Nov 30, 2019 at 06:05pm
We were shocked to here the news of Don's passing. I have been a friend of Don's since he 1st moved to Calgary which was soon after he returned from his Asia trip. We always referred to this time when he was in the construction business with the rest of the Kamloops boys as the bad old days. We will miss his sense of humour and life long friendship.

Posted Nov 27, 2019 at 05:53pm
My deepest sympathies to Anne and the other members of the Sirianni family at this very sad time. Don was 'my finance guy' for well over 20 years...and we had many memorable discussions on 'whatever' over the years at my dining room table... His exuberance will be missed by many...myself included.....Robyn Hay
Comment Share
Share via:
DG

Posted Nov 26, 2019 at 09:24pm
I met and got to know Don at Harry's Bar in Calgary over 30 years ago. Around the time he started with Investors Syndicate I got my first "career job". We met for lunch to celebrate and he encouraged me to open an RRSP account!
He has represented me ever since and I thank him for me-enjoying my retirement today!

Rest in Peace My Friend! 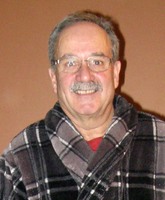 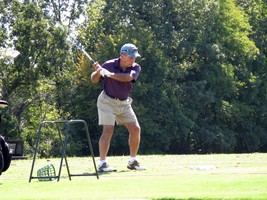 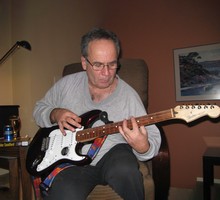 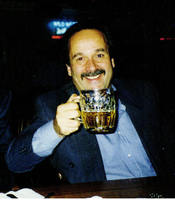