To share your memory on the wall of Diane Carlson, sign in using one of the following options:

Provide comfort for the family of Diane Carlson with a meaningful gesture of sympathy.

In loving memory of Diane who passed away on Monday, December 30, 2019 in hospice after losing her battle with cancer. Diane was one of seven children born to Charles and Christina Titus in Alliston, Ontario.
... Read More
Carlson, Diane Louise

In loving memory of Diane who passed away on Monday, December 30, 2019 in hospice after losing her battle with cancer. Diane was one of seven children born to Charles and Christina Titus in Alliston, Ontario.

Diane leaves behind her two daughters, Susan Martin and Laurie Ulrich (Darren); two sons, Bruce Friesen and Jamie Friesen (Beth); four grandchildren; seven great grandchildren; sister, Marjorie (Steve); two brothers, Joe and Andy (Jackie) and numerous nieces and nephews. She was predeceased by her parents; her sister, Barbara (Aka Marie); her brothers Bill and Bob and by her son, Gordon.

In keeping with Diane’s wishes, no service will be held.

In lieu of flowers, please consider making a donation to a local hospice or to cancer research in Diane’s memory.
Read Less

We encourage you to share your most beloved memories of Diane here, so that the family and other loved ones can always see it. You can upload cherished photographs, or share your favorite stories, and can even comment on those shared by others. 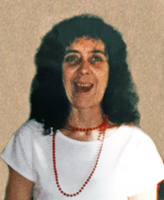