To share your memory on the wall of Daphne Starr, sign in using one of the following options:

With heartfelt sadness, the family of Daphne Elizabeth Starr shares the news of her passing on Sunday August 11, 2019.

With heartfelt sadness, the family of Daphne Elizabeth Starr shares the news of her passing on Sunday August 11, 2019.

Daphne was the middle child in a family of five daughters, a configuration generally met with wonder and awe wherever we went. As one of five, she was always resourceful, and creative in developing her own independence and interests. She was smart, extremely skilled at crafts like sewing, and extremely good at academics, being one of very few women to earn a Bachelor of Science degree in Civil Engineering at the University of Alberta in the early 1980s.

Following graduation, she worked for Transport Canada. When the Alberta economy took a slide, she was quick to secure other employment and pursue further qualifications, including Travel Agent certification as well as a Master’s in Petroleum Engineering. Her children’s education was very important to her, and she embraced the approach and philosophy of the Waldorf schools. This interest led to a Master’s degree in Education and she spent time assisting in Waldorf schools.

Despite these successes, Daphne’s life was also shaped and affected by a number of challenges, and we celebrate the resilient spirit that kept her motivated. Progressive supra-nuclear palsy, with which she was diagnosed in 2015 and which she stubbornly held off for longer than anyone expected, was something she could not conquer. The family would especially like to thank St Marguerite Manor and Daphne’s attentive, compassionate and caring friends and caregivers.

She will be keenly and lovingly missed. A service to celebrate her life will be held on Saturday, August 24, 2019 at 11:00 am at Holy Cross Anglican Church in Calgary (2828 – 19 St NW). Donations in her memory can be made to Parkinson Canada, Covenant Care, the Foothills Hospital, or a charity of your choice.
Read Less

Receive notifications about information and event scheduling for Daphne

We encourage you to share your most beloved memories of Daphne here, so that the family and other loved ones can always see it. You can upload cherished photographs, or share your favorite stories, and can even comment on those shared by others.

Moe Laverty and Binu, Logan and the Kapadia family sent flowers to the family of Daphne Elizabeth Starr.
Show you care by sending flowers

Posted Aug 24, 2019 at 09:18am
David and Nicole... Please accept our most heartfelt sympathies for your loss. Our thoughts are with you and your family during this difficult time.

Posted Aug 23, 2019 at 07:28pm
May her love live on in your memories and bring peace. Sending hugs and love your way. Always a short call or flight away. Your foreigner family

Posted Aug 23, 2019 at 08:44am
Today & always, your beautiful mom is in my thoughts. It's a terrible loss, but she brought two amazing people into this family. Sending lots of love,

Binu, Logan and the Kapadia family

Posted Aug 20, 2019 at 12:36am
Wishing you peace to bring comfort, courage to face the days ahead and loving memories to forever hold in your hearts. With love and hugs

Binu, Logan and the Kapadia family purchased flowers for the family of Daphne Starr. Send Flowers 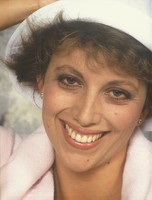