To share your memory on the wall of Daniel Proulx, sign in using one of the following options:

Danny “Dano” Proulx passed away peacefully January 1, 2020 at the Peter Lougheed Centre in Calgary, Alberta, after a bravely fought battle with cancer.

Danny “Dano” Proulx passed away peacefully January 1, 2020 at the Peter Lougheed Centre in Calgary, Alberta, after a bravely fought battle with cancer.

Danny enjoyed visiting his family in Nova Scotia, where he grew up in Clementsvale, but Calgary was the place he called home for over 40 years. He was born in Annapolis Royal, Nova Scotia on January 23, 1959 to Joe and Gini Proulx.

During his teen years, while attending Annapolis Royal Regional Academy, he played hockey and loved jamming with his buddies on drums and guitars. Danny took great pride in his woodworking and cabinet making hobby which started during his years in 4-H. As a truck driver and forklift operator for various building supply businesses in Calgary, he watched (and helped) the city grow for over 40 years. Incredibly he knew every inch of the city like the back of his hand!
In his younger years, he and brother Pete loved the freedom of cruising their Harleys around Alberta, often with Dan’s faithful dog, Woodruff. His beloved cats Buddy, Jingles and Milo, to name a few, gave him great joy and companionship over the years. His friends and family appreciated his big heart and unique sense of humour. He was always willing to lend a hand to help someone out. Danny will be greatly missed by all.

Cremation has taken place and a Celebration of Life will be held in Nova Scotia at a later date.
Donations in his memory may be made to the Canadian Cancer Society, the SPCA, any other animal rescue group, or a charity of your choice.

We encourage you to share your most beloved memories of Daniel here, so that the family and other loved ones can always see it. You can upload cherished photographs, or share your favorite stories, and can even comment on those shared by others.

Posted Jan 12, 2020 at 06:02pm
I didn't get to know Danny well because he lived in Calgary, but on his visits home to Deep Brook I was able to share in family time at weiner roasts (plus Smores!) down by Bear River Bridge. Peter and Danny would make us laugh with their antics! Rest in Peace, Danny, and my sincere sympathy to mum Gini and siblings Lisa, Ricky and Peter....... Cousin Valerie in Nova Scotia
Comment Share
Share via:
SW

Posted Jan 12, 2020 at 12:07am
Our sincere condolences to all family and friends. Danny had the best smile! Rest In Peace Danny. Steve and Jeannie Wright
Comment Share
Share via:
MR 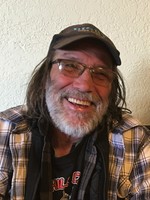 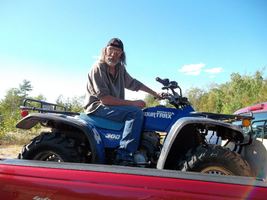 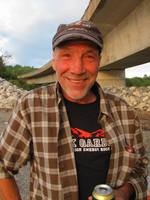 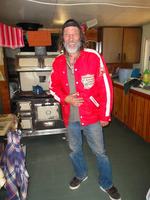