To share your memory on the wall of Dale Adams, sign in using one of the following options:

It is with heavy hearts that we announce the passing of Dale E. Adams on Friday, November 29th, 2019 at the age of 62.

It is with heavy hearts that we announce the passing of Dale E. Adams on Friday, November 29th, 2019 at the age of 62.

Dale grew up in Frosty Hollow, New Brunswick and moved to Calgary , where he raised his family. He retired from the City of Calgary where he worked for 29 years. Dale had many friends and made connections with people that lasted for a lifetime. He had a great sense of humour, was witty and fun-loving. Family was extremely important to Dale, and he always took the time to keep in touch with his family and enjoyed hosting big family dinners. He adored his grandchildren who referred to him as “Grandpapa”.

Receive notifications about information and event scheduling for Dale

We encourage you to share your most beloved memories of Dale here, so that the family and other loved ones can always see it. You can upload cherished photographs, or share your favorite stories, and can even comment on those shared by others.

Posted Dec 23, 2019 at 02:08pm
I am so sorry for the loss of Dale. I worked with him for many years at VSLC. He was my comic relief and friend. He loved his family so much and his Philapina Queena Marisa.
Sending you all a prayer and hug.
Sheila
Comment Share
Share via:
MM

Posted Dec 02, 2019 at 08:29am
Very sorry to hear of Dale's passing; I had not seen Dale in a number of years but knew him very well when he was still in Sackville. He was a great guy. Condolences to the whole family. 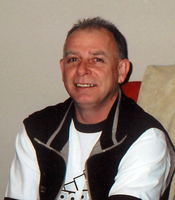