To share your memory on the wall of Corey Olynik, sign in using one of the following options:

Provide comfort for the family of Corey Olynik with a meaningful gesture of sympathy.

On Tuesday, September 24th, Corey Olynik: husband, father, brother, son, mentor, coach, friend, passed away at the age of 64 after a fight with cancer.

On Tuesday, September 24th, Corey Olynik: husband, father, brother, son, mentor, coach, friend, passed away at the age of 64 after a fight with cancer.

Corey was born on October 14th, 1954 in Moose Jaw, SK to Michael and Vivian Olynik. As a boy, he was a accomplished pianist and a gifted singer and performer. His love for music continued as he moved into the radio world as a young man, while he worked to complete a Bachelor of Arts in Sociology from the University of Regina. His strong faith and desire to help others led him to a Master of Divinity degree from the Southern Baptist Theological Seminary in Louisville, Kentucky. Not long after, he found a home in politics where he sought to effect positive change in the challenging world of government. He spent the last 20 years of his life devoting his talents and time to his true passion: coaching, mentoring, advising, and supporting leaders in business and charitable organizations. He co-founded Executive Directions, a program to invest in leaders of non-profit agencies so they could grow and lead their organizations to better the world. He was a certified Kolbe Specialist, a member of the Forbes Coaches Council, Canadian Association of Professional Speakers, and MENSA.

Corey loved his family deeply. He is survived by his wife and best friend Kathee, son Micky and Tim (Leilani), and beloved granddaughters Grace and Scarlett; his parents, Michael and Vivian, and his sister, Donna. Second to the loves of his life, he longed for the next visit to his most-loved place: Hawaii. There was no greater relaxation for Corey than being on the 16th hole of Poipu Bay golf course overlooking the ocean. He was an avid golfer, spending countless hours on the course with his friends. He enjoyed cheering for his teams, the Roughriders, the Raiders, the Blue Jays, and the Louisville Cardinals.

At the heart of Corey’s life was his ever-growing faith. He was a believer and follower of God and Jesus. He loved exploring his faith in dialogue with others, asking questions, and reading innumerable books. He never wanted to stop growing in his knowledge and love of God or his service for Him.

Corey motivated others to build a better world. He was a leader and a tireless champion for strong communities built by passionate people. He challenged all of us to move with integrity and purpose through our lives, and if you ever had the pleasure of chatting with Corey, you probably heard him say: “Think Big, Act Bold.” He moved through life with these words as his guide, leading many organizations and individuals to discover and realize their unique potential. He served on multiple Boards and always volunteered for causes he believed in. He had an infectious energy that lit up a room and that could inspire you to think bigger and act bolder. We will miss Corey terribly, and we know that we have been richly blessed to have him in our lives.

To honour Corey’s dedication to the community, Tribute Gifts may be made to the YWCA Calgary.

A Memorial Service will be held at Kensington Commons Church (2404 Kensington Road NW, Calgary AB) on Saturday, October 12th at 2:00 pm followed by a reception.

We encourage you to share your most beloved memories of Corey here, so that the family and other loved ones can always see it. You can upload cherished photographs, or share your favorite stories, and can even comment on those shared by others. 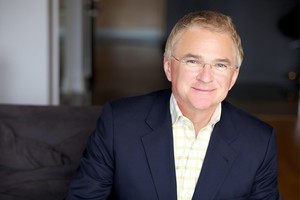 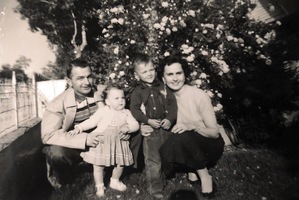