To share your memory on the wall of Christian Antifaeff, sign in using one of the following options:

It is with a heavy heart and great sadness that we announce the sudden passing of Christian (Chris) Antifaeff on August 19,2019. Chris will forever be remembered i... Read More
Christian Antifaeff
February 20th, 1975 - Monday, August 19th, 2019

It is with a heavy heart and great sadness that we announce the sudden passing of Christian (Chris) Antifaeff on August 19,2019. Chris will forever be remembered in our hearts and souls. Chris touched so many people with his kindness and generosity. These words do not even begin to describe his character. Chris was a loving and devoted husband, father, son and brother. His greatest devotion was to his family. There is nothing he wouldn't do for them. Always putting his own needs behind those of the ones he loved and cherished without a second thought. Chris had a way of impacting everyone he met. Those who were lucky enough to meet him, quickly became part of the family. He loved to bring a smile to your face with his silly faces and telling witty jokes with a straight face so you never knew if he was kidding or not. He had the heart of an eight year old boy. He would say as he got older that he refused to grow up. He loved toys from the time he was a child. As he got older he never lost that childhood innocence. The toys just got bigger and more expensive of course. The other passion in his life was his love for cars. From the time he was a small child, he would read anything he could on cars. Studying everything about them.By the time he could reach the pedals all he wanted to do was drive. He had a love for corvettes like no other. In his down time he was known to take many a coffee tours or drive his car to the mountains. Every year he would take his Camaro for a drive to Victoria, BC. This is where he could truly relax. Chris will always be in our hearts . I hope that every fond memory you have of him brings a smile to your face. That is what he would have wanted.

A private Memorial Service with friends and family to be held at a later date.

Receive notifications about information and event scheduling for Christian

We encourage you to share your most beloved memories of Christian here, so that the family and other loved ones can always see it. You can upload cherished photographs, or share your favorite stories, and can even comment on those shared by others.

Posted Sep 03, 2019 at 10:17pm
I didn’t meet Chris until after I’d moved in with Jarid in Edmonton. Jarid always referred to Chris as his best friend, so I was really nervous to meet Chris for the first time. I wondered what he’d think of me and if he’d be aloof or judgmental, like some guys can be when meeting a friend’s girl. I had nothing to worry about - Chris was the least judgemental and most friendly person I’d met! I absolutely enjoyed the conversations I shared with him! He was always friendly, incredibly warm, highly intelligent, and could carry a conversation on any topic. Over the years, I learned that, even if they didn’t speak frequently, once Jarid and Chris got on the phone, it would inevitably be a two-hour call. I’ll miss his positive impact in our lives. I regret that I can’t get to know him better; the loss of our dear friend leaves a gap in our hearts that will never be filled. Chris, I know you’ll be a silent passenger every time Jarid drives his old truck, and I know someday we will all meet again and resume the conversation that we never got to finish. We will miss you.
Comment Share
Share via:

Posted Sep 03, 2019 at 09:23pm
Our first date was unforgettable. He lit may hair on fire and set my car alarm off at the same time. He said he was torn as to throw me to the ground d or stop the alarm. Told me all night that I was smoking ..lol
Comment Share
Share via:

Posted Sep 03, 2019 at 09:01am
I remember the first time I met Chris. It was at an ice cream shop in Rimbey , Alberta. He was on his way to moving to Calgary . This is when I learned that when he had an idea there was no stopping him. Including waking up and deciding to move that day. We got to talking and instantly connected. We decided to keep in touch and see each other again. I remember driving home and thinking to myself that I could see myself spending my life with a man like that. Chris had such a positive influence on me. He brought out the best in me. He was my partner and my best friend. No matter what we were a team through all of life's ups and downs. I cherish every moment I had to spend with him and now I cherish every memory we made together.
Comment Share
Share via: 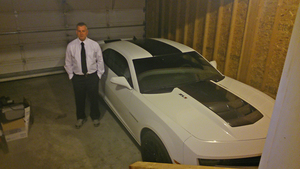 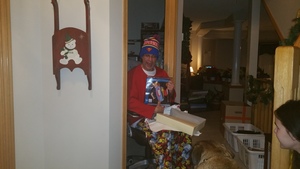 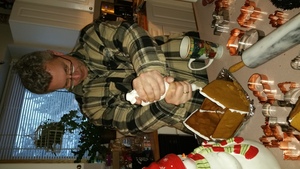