To share your memory on the wall of Chris Maier, sign in using one of the following options:

His greatest interest was learning European history and in particular the history of Scotland. He had a good sense of humour and made many friends over the years.

Chris was predeceased by his father in 1995 and by his mother in 2018. Chris is survived by his brother Calvin Maier and sister-in-law Ann of Kelowna, BC and his sister Katherina Ayriss (Roger) of Airdrie, Alberta as well as his many nephews and nieces.

The family would like to extend their grateful thanks for the loving care given to Chris over the past months during his stay in units 28 and 29 of the Peter Lougheed Hospital and unit 57 of the Rockyview General Hospital.

Receive notifications about information and event scheduling for Chris

We encourage you to share your most beloved memories of Chris here, so that the family and other loved ones can always see it. You can upload cherished photographs, or share your favorite stories, and can even comment on those shared by others.

Posted Nov 11, 2019 at 11:58pm
Chris was my boss at Olds College. He was quite the character and I am sad at his death. I am sorry for your loss.
Comment Share
Share via: 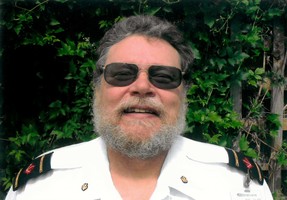