To share your memory on the wall of Carol Leier, sign in using one of the following options:

Provide comfort for the family of Carol Leier with a meaningful gesture of sympathy.

Carol Leier passed away peacefully in Calgary on January 15, 2020, surrounded by her loving family.

Carol Leier passed away peacefully in Calgary on January 15, 2020, surrounded by her loving family.

Carol attended Havergal College School, Glen Bernard Camp and the University of Western Ontario. During her university years, she spent her summers working in Jasper and Banff, this was when she met Murray. Following her graduation with a Bachelor of Education, she taught in the Toronto District School Board before making the move out west to rejoin Murray. They spent forty-one very happy years together in Red Deer and Calgary.

Carol is predeceased by her father Douglas Sinclair and survived, missed and warmly remembered by her husband Murray and their three sons; Doug (Lyndsay), Phil (Kristy, Eli and Adison) and Scott (Katia, Victor and Justin), her mother Elizabeth Sinclair and her brothers Michael (Vera) and John (Sue).

Carol was a wonderful mother, euphoric grandmother and loyal friend. Her humour, kindness and generosity were felt by all who were lucky enough to know her.

As per Carol’s wishes, no service will be held. Donations in Carol’s memory will be gratefully accepted by the Neonatal Intensive Care Unit of Calgary’s South Health Campus. To view and share photos, condolences and stories of Carol, visit www.choicememorial.com.
Read Less

We encourage you to share your most beloved memories of Carol here, so that the family and other loved ones can always see it. You can upload cherished photographs, or share your favorite stories, and can even comment on those shared by others.

The Murphys sent flowers to the family of Carol Elizabeth Leier (Sinclair).
Show you care by sending flowers

Posted Feb 01, 2020 at 07:56am
Sending you my sincere sympathy . I met Carol on the train as we were both heading out to work at Jasper Park Lodge in the summer of 1970, we ended up being roommates and needless to say I have many fond and crazy memories of our time there. She was a wonderful person and I’m sorry for your loss
Nancy Mancini
Comment Share
Share via:
JG

Posted Jan 25, 2020 at 05:49pm
We're sending our love to all of you during this sad time. Cherish your wonderful memories. We hope they bring you the comfort you need in the days ahead. She was loved and will be remembered fondly by everyone who knew her.
Comment Share
Share via:
NL

Posted Jan 24, 2020 at 11:51am
Condolences to everyone. Carol's warmth and good humour will be lovingly remembered and sadly missed by all.

Posted Jan 23, 2020 at 05:35pm
Murray,Doug,Phil and Scott
We have so many fond memories of Carol as we did sideline duty together over many years at soccer games. We cheered, we joked and laughed in every imaginable weather! We even did laps with Scott in the stroller.
She and I shared stories of life as the only females in our homes, even the dogs! It was always good to have someone to commiserate with who really understood.
She was so very proud of you all.
We are thinking of you at this difficult time, our deepest condolences.
Joan Kennedy and John Liandzi
Comment Share
Share via:
JB 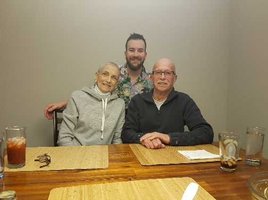 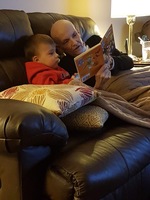