To share your memory on the wall of Candis Brown, sign in using one of the following options:

Provide comfort for the family of Candis Brown with a meaningful gesture of sympathy.

It is with great sadness, that the family of Candis Lee Brown announce her passing on Saturday, November 30, 2019 at the age of 66 years, after losing her courageous battle to cancer. Candy will be lovingly reme... Read More
BROWN, Candis Lee (Candy)

It is with great sadness, that the family of Candis Lee Brown announce her passing on Saturday, November 30, 2019 at the age of 66 years, after losing her courageous battle to cancer. Candy will be lovingly remembered by her husband and best friend of 40 years, Dave and her precious daughter, Rebecca (Becky). Candy leaves to mourn her passing six brothers and two sisters, Chick (Dee Martins), Don (Wendy) and Doug (Kathy); half-brother’s Sam (Barb), Ted, Scott (Darlene) and Dale (Deb); her sister Teri (Glen) Brockoff and half-sister Jackie (Kim) Gerbig.

Candy will be fondly remembered by her mother-in-law, Shirley Brown and sister-in-law and friend Deb Brown. She will be forever remembered and sadly missed by numerous nieces and nephews as well as many great-nieces and great-nephews and cousins. Grieving her loss are countless, extremely close friends from near and far.

Candy was born in Shellbrook, SK on July 15, 1953. Following a tragic accident that claimed her mother Flo, Candy from the age of one month, was raised along with her sisters in Leask, SK., by her Aunt Pearl and Grandmother Ida. Candy received her education in Leask from grades 1-11 and graduated from Neilburg Composite School in 1970.

Candy worked in Calgary at many different jobs but her working days ceased when MS (was diagnosed 1998) took over her physical ability to drive.

The love of Candy’s life, next to her family, was reading. Even that became difficult following an MS attack, as it quite often would leave her temporarily without vision in one eye. Candy was diagnosed in 2018 with lung cancer. She fought the battle without complaint until she became too tired to fight any longer.

In lieu of flowers, donations may be made in Candy’s memory to MS Society Calgary Chapter
To view and share photos, condolences and memories of Candy, please visit www.choicememorial.com.
Read Less

We encourage you to share your most beloved memories of Candis here, so that the family and other loved ones can always see it. You can upload cherished photographs, or share your favorite stories, and can even comment on those shared by others.

Chick Kennedy and Jess cross have sent flowers to the family of Candis Lee Brown (Kennedy).
Show you care by sending flowers

Posted Dec 10, 2019 at 10:09am
Candy and I were friends since high school in Leask. One winter I made Candy laugh every time we were out and about. I wore these stupid fashion boots and fell down frequently. Her favorite time was at the packed hockey rink. It didn't help that I was wearing my Grandmother's 50 lb fur coat. My sister Lorraine and I were blessed to have this friendship all these years. We will see you on the other side. Much love.
Comment Share
Share via:
HS

Posted Dec 08, 2019 at 09:07am
My heartfelt sympathys for you Becky and Dave . you are Candi's whole world,
She and I have been sister-friends since we were 19, I have loved her forever and know of the love she has for you.
Though I will miss her terribly, I am so thankful for the years I had her in my life, she has touched so many people , always had a houseful of family and friends, loving and caring for everyone.
special hugs for you also Terri, you were always her right hand, and so special to her.
love you all.
Comment Share
Share via:
CK

Posted Dec 07, 2019 at 01:37pm
With Deepest sympathy for a beloved sister and aunt. Love Chick and Denise, Kim, Rob ,Ben and Aubrey,Jay, Jackie, and Halle

Chick Kennedy purchased the Dreams from the Heart Bouquet and planted a memorial tree for the family of Candis Brown. Send Flowers

Posted Dec 07, 2019 at 09:59am
I am so sorry to hear of Candy's passing. Candy & I went to high school in Leask together. Great memories of her.
Sandra (Bartels) Wingert
Comment Share
Share via: 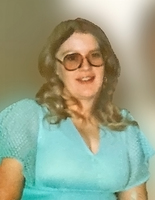 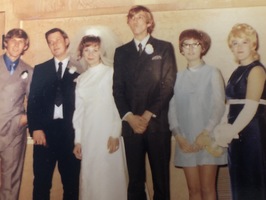 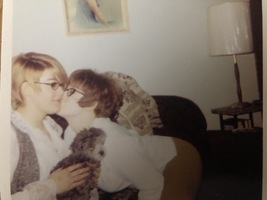