To share your memory on the wall of Brian Taylor, sign in using one of the following options:

Provide comfort for the family of Brian Taylor with a meaningful gesture of sympathy.

Brian Taylor of Calgary, Alberta was born in Salford, England on December 18, 1931 to Norman and Frances Taylor. He attended Salford Arts College and graduated with an Arts Degree. He served in The Royal Air Force and marri... Read More
Taylor, Brian

Brian Taylor of Calgary, Alberta was born in Salford, England on December 18, 1931 to Norman and Frances Taylor. He attended Salford Arts College and graduated with an Arts Degree. He served in The Royal Air Force and married his true love, Rita Taylor on October 2, 1954. They immigrated to Calgary in 1955 and started a new career with British American Petroleum. Together, Brian and Rita raised two sons, Brad and Gary and enjoyed many joyful holidays together as a family. They became grandparents to Emma (Brad & Tanya’s) and Carly and Jolee (Gary & Randi’s).

Through the years, Brian had careers in Public Relations with the Saskatchewan Wheat Pool, Calgary Power and Royal Bank of Canada and his company, Speaker Training Programs. His talents were many and included acting with the Regina Little Theater, Public Speaking competitions with Toastmaster International and later in life, many amazing portraits and drawings as an accomplished artist.

Brian was predeceased by his parents, Norman and Frances; his sister, June and her husband, Wilf Hollinrake, their son, Alan as well as his daughter in law, Tanya; grandson, Reid and granddaughter, Carly.
Read Less

We encourage you to share your most beloved memories of Brian here, so that the family and other loved ones can always see it. You can upload cherished photographs, or share your favorite stories, and can even comment on those shared by others.

Posted Jan 22, 2020 at 10:58am
Dad, You made me proud when I was young, ethics and insight on a higher plain. I feel your song is still being sung - being my father was my lucky gain.
You will walk beside me the rest of my life. Your humor and kindness with me all of my days. Good and bad and even in strife, I know you will help me find the way.
Love Gary
Comment Share
Share via:
BL

Posted Jan 03, 2020 at 09:31pm
Rita and family. Sorry to read about Brian's passing. He still looked the same, full of mischief, as he did when we lived in Lake Christina Close so long ago. With sympathy, Gordon (Joe) and Karen Hogg
Comment Share
Share via:
KC

Posted Jan 03, 2020 at 12:14pm
I remember Brian fondly, he had the best smile and always made everyone feel welcome. I am very sorry for your loss, may you focus on your beautiful memories. Sending love to Rita, Brad, Emma and family.
Kymn Perry
Comment Share
Share via: 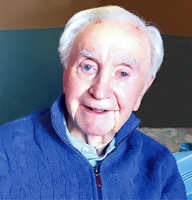 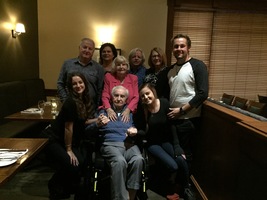 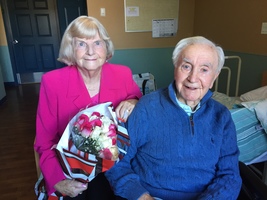 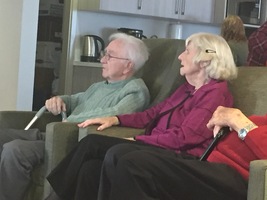