To share your memory on the wall of Benjamin Saik, sign in using one of the following options:

Ben lived a full life and had a great career. He enjoyed good health until the end. He was married for 58 years to Marianne Sauter who passed in 2014. He was surrounded by his children who... Read More
Dr. Benjamin George Saik (Ben)
1933 - 2020

Ben lived a full life and had a great career. He enjoyed good health until the end. He was married for 58 years to Marianne Sauter who passed in 2014. He was surrounded by his children who said their goodbyes on Sunday, August 9th, 2020 after a brief stay at the Royal Park Extended Care Centre.

Born and raised in Innisfree Alberta to farming pioneers, George and Mary Saik. As a child Ben was a bright student at school and loved baseball. As a young man he left the farm and studied dentistry at the University of Alberta. He credits his community of Innisfree for giving him his head start in life. He met Marianne in Waterton, Alberta and quickly married her as she was more beautiful than Marilyn Monroe.

He graduated from the dentistry program in 1955 and built a successful practice in downtown Calgary in 1956. He served his patients for over 40 years at the Alberta Corner, Herald Building and then Bow Valley Square building. Ben always put patients first, never late or missing a day of work even when working double duty as a reserve colonel with the army in the 1950’s. He served as a sideline team dentist to the Calgary Stampeders in the 1960’s and served as President of the Alberta Dental Association for a term in the 1970’s. He pioneered many innovative restorative techniques including oral implants in the field of Dental Surgery. He developed long term friendships throughout his career.

He had a passion for big game hunting, on horseback, with his friends and created hidden year-round tent camps in what is now Kananaskis Country.

He was independent, with an entrepreneurial spirit which led him to building partnerships in northern Canada. These businesses included The Copter Shop, Aero Arctic and he was a co-partner in purchasing and revitalizing the West Bay Marina and RV Park in Esquimalt, Victoria.

After retirement from dentistry the business ventures continued to Peru where he helped the locals build affordable housing by shipping the heavy earth equipment and brick machine which was required for the projects.

A heartfelt thanks to friends and extended family who made his retirement enjoyable. Survived by his four children: Bryan (Linda), Darrel, Barry (Janet) and Lorraye along with his two grandsons Cameron and Theoren Saik and step granddaughter Laura Meeker, who will all dearly miss him. Predeceased by his siblings: Mike, Marshall, Kay, Ann and Zennia. Two elkhounds Michelobe and Mishka were his riding companions to his steeds, Black Jack and Bobby, who at times let him take the reins. Happy Trails Ben.

Receive notifications about information and event scheduling for Benjamin

We encourage you to share your most beloved memories of Benjamin here, so that the family and other loved ones can always see it. You can upload cherished photographs, or share your favorite stories, and can even comment on those shared by others.

Posted Aug 15, 2020 at 07:52pm
We are so sorry to hear about Ben’s passing. We always enjoyed his fall hunting visits with my Dad (Jim Brown).
His stories were full of interesting things he had done and places he had been.
Oscar and MaryLynn Walter 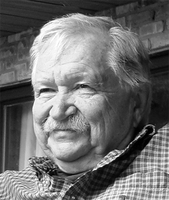 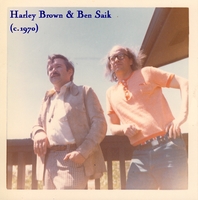 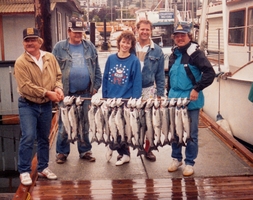 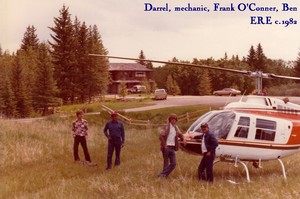