To share your memory on the wall of Allan Graham, sign in using one of the following options:

Allan Graham went home to be with his Lord and Saviour on Wednesday, June 17, 2020 at the age of 82. He was born in Glasgow, Scotland to Allan and Jessie Graham. He lived in Glasgow, Scotland until 1960 when he immigrated to Canada. After being involved in a Billy Graham crusade in Scotland, he met John Wesley White who was instrumental in Allan attending the Full Gospel Bible Institute in Eston, SK.

Allan moved to Eston, in the middle of a school term so just sat in on the Bible teaching for the next few months and began as a student the following fall. It was there he met and married Deanna Heistad between their second and third year at Bible School on October 8, 1962. They completed their third year of Bible School and graduated together. They moved to Calgary and had their four children there. Their first son passed away shortly after birth. Allan loved to serve as a minister of God’s word at Sarcee Nursing Home for over 30 years.

Receive notifications about information and event scheduling for Allan

We encourage you to share your most beloved memories of Allan here, so that the family and other loved ones can always see it. You can upload cherished photographs, or share your favorite stories, and can even comment on those shared by others.

Posted Jun 21, 2020 at 02:28pm
Allan and I were students together at Bible College in Eston. I loved his strong Scottish brogue. He played piano and I played sax. We had opportunity to play and sing together on numerous ministry weekends away from the school. More recently we would spend time together at Canada's Gospel Music Celebration in Red Deer. Allan loved gospel music and his opportunity to minister at the nursing home.
I have fond memories of Allan. ~Willard Mitchell
Comment Share
Share via:

Thank you Willard. Allan really enjoyed his time spent with you too! We have lots of wonderful memories! 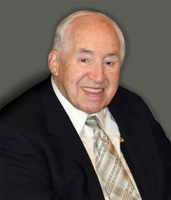