To share your memory on the wall of Alicja (Alice) Ness, sign in using one of the following options:

Alice was born in born in Kamionka, Poland on September 26, 1934 to Antony and Eleanora Zytka. She had two sisters, Jane and Helen, and one brother, Walter.

Alice was born in born in Kamionka, Poland on September 26, 1934 to Antony and Eleanora Zytka. She had two sisters, Jane and Helen, and one brother, Walter.

The family spent the years of World War II in forced labour camps. When the war ended, Alice’s father and mother realized there was nothing to go back to in Poland. In 1948, the family immigrated to Canada. Alice’s uncle Stanley Zytka was their sponsor. The first years of their new life in Canada were spent in Sturgis, Saskatchewan. One of the changes that came with the move to Canada was the anglicsing of her name from Alicja to Alice.

It was while working in a restaurant in Birch Hills that Alice met Joe Ness. A few weeks later she went to a dance with another fellow but before the night was over it was Joe who escorted her home. They have been nearly inseparable ever since.

Alice and Joe were married on June 24, 1954. For the first year of their marriage they lived on the Ness farm at Brancepeth. In October 1955, they decided to move to Trail, where Joe’s sister Anne lived. When they reached Calgary, Joe was able to find work at the Bowness High School construction site. That was the end of the trek to BC and the beginning of a life in Alberta.

Alice and Joe were blessed with six children - Eleanor, Larry, David, Brian, Douglas, and Carol. The family enjoyed many happy times together - picnics at the Calgary Zoo and Banff, holidays with their extended family, and celebrations like birthdays, anniversaries, graduations, weddings, and family reunions. There was always room at the table for more people.

One of the things Alice and Joe loved to do was to go camping. Many of their camping trips included family and friends. Alice was often seen with her camera in hand, taking pictures of the scenery, wildlife, and the family and friends who were enjoying the trip with them. Another passion of Alice’s was knitting and crocheting. It was common to find her with her knitting needles or a crochet hook and the yarn of her choice. She often had a multitude of projects on the go.

It was Alice’s faith and the love and support of Joe and her family and friends that sustained her following the deaths of Doug, David, and Carol. That faith was a source of strength and enabled Alice to reach out to others in their time of need.

Since her thirties Alice has had problems with her back. Multiple surgeries enabled her to carry on with her life, but she lived in constant pain. Despite this, she continued to live her life with the grace and optimism that motivated her through her entire life. Alice had a profound love of family and was a beacon of light that warmed the hearts of all whom she touched. She always saw the good in people.

Other health issues arose in the last few years, eventually requiring Alice to move first into St. Theresa Place and then into the Brentwood Care Centre. The last four months of Covid-19 restrictions were very hard for Alice. Joe had been visiting her almost every day during the three years she has been in long term care. There were also many visits from family and friends that kept Alice in touch with the people she loved. The Covid-19 pandemic meant that for the last four months no one has been allowed to visit in person. Alice proved it is never too late to learn new things when she started having Zoom visits with Joe and her family. On June 24, Alice enjoyed a Zoom visit with Joe, Brian, Larry, Gwen, Eleanor, and her sister Helen on her and Joe’s 66th wedding anniversary. It was a blessing for Alice these last two weeks when she was able to visit with Joe in person.

She will be missed by everyone who knew and loved her.

Memorial donations in honour of Alice may be made to St. Peter’s Lutheran Church (73 George Fox Trail, Cochrane, AB T4C 2E6), or to a charity of the donor’s choice.

Thank you to the staff at the Brentwood Care Centre for their loving care and kindness during the months Alice lived at Brentwood. Many of her care workers called her Mom. Alice refused to move from her shared room when given the option because she liked the staff where she was so much.

Thank you for your calls, texts, e-mails, and cards expressing your love and support at this difficult time. We appreciate the kind thoughts and prayers that have been offered on our behalf.

Due to the Covid 19 pandemic affecting the entire world right now, Mom's final wish to have a church service where all her family and friends could gather to celebrate her life cannot happen safely at this time. We have decided to postpone this Celebration of Life until sometime in the fall (or later if necessary) when we can once again gather safely. Details will follow when appropriate. As a small bridge until this time, the immediate family will get together to celebrate Alice's life.
Read Less

Receive notifications about information and event scheduling for Alicja (Alice)

We encourage you to share your most beloved memories of Alicja (Alice) here, so that the family and other loved ones can always see it. You can upload cherished photographs, or share your favorite stories, and can even comment on those shared by others.

Posted Jul 25, 2020 at 04:10pm
One of my best times with Alice was when I would walk to her house & she & I would walk to Bowness Park, sit on the swings as if we were little kids.
We did nearly every day for a couple years. We would often talk of this memory with a smile on our faces.
Comment Share
Share via:
DW

Posted Jul 19, 2020 at 04:59pm
We will miss her and know that she is where she wanted to be. We love, you Alice, and enjoyed visiting with you always. Love from your brother-in-law, Don and Marg Weber.
Comment Share
Share via: 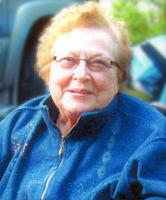 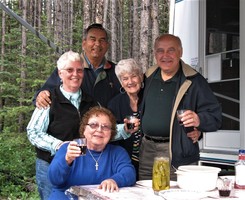