To share your memory on the wall of Alastair Robertson, sign in using one of the following options:

Al moved to Canada in 1959 on board the "Empress Of Britain". When he reached Alberta, he lived a short while in Lethbridge then settled in Calgary where he attended SAIT and received his Heavy-Duty Mechanic Certificate. A friend introduced him to Joan Carol Robertson (nee Talbot) in the mid-sixties and the love story begins. They were married May 6, 1972, and almost made it to their 45th wedding anniversary until cancer took Joan away in 2017. They were best friend and soul mates.

Al worked for many trucking companies in Calgary including Wilmac Equipment, Alberta White Trucks (Volvo GMC, Western Star Trucks), and finished off his career as a service manager at Calmont Leasing. He worked hard all his life; he was very knowledgeable with all things mechanical, a very smart man, with an extremely dry sense of humor. He was very well respected in his chosen profession. He also played hard and enjoyed living life to the fullest.

Al is survived by his son, Russell (Shannon) Robertson; his daughter, Alison (Fernando) Robertson; his half-brother, Albert Alexander, and many cousins and other relatives mostly in Scotland.

As per Al’s wishes, there will not be a Funeral Service or Memorial Service. Photos, condolences, and stories may be shared with Al’s family through www.choicememorial.com, or directly to Russell and Alison.

In lieu of flowers the family requests memorial donations be made to the Alberta Cancer Foundation, the Alberta Red Cross, or the SPCA.

The family of Alastair Robertson would like to thank the Rockyview General Hospital for all the care and attention they have given Al in his last few days. Also, we would like to give a big heartfelt thank you to Al’s family doctor, Nicola Chappell, who gave him so much care and support through his fight with cancer. You are an Angel sent from Heaven.
Read Less

Receive notifications about information and event scheduling for Alastair

We encourage you to share your most beloved memories of Alastair here, so that the family and other loved ones can always see it. You can upload cherished photographs, or share your favorite stories, and can even comment on those shared by others.

Posted Aug 24, 2020 at 12:39pm
Dear Alison , Russell and your families.
I am so sorry to hear Al has left us. Big Al was an amazing strong man. His strength, kindness and wonderful sense of humor will remain in my memory. I will miss him at the bowling alley. Alison and Russell I hope that knowing how much your father was loved and admired eases the pain of loss you must feel.

Posted Aug 24, 2020 at 08:58am
Alastair was a genuine person, loved his family and his travels. We have a lot of memories of him and Joan and the family , he will be sorely missed. Lots of Love Liz and Betty in Aberdeen
Comment Share
Share via: 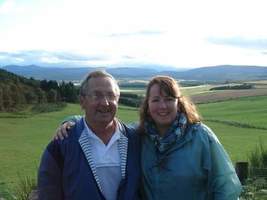 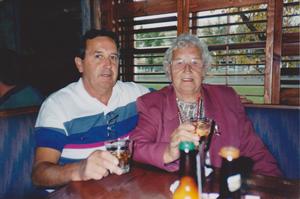